Can we get a cool new straightforward entry in a well-liked legacy Konami series like Castlevania? Can such a project happen without a bunch of weird caveats? Apparently not. The mobile game Castlevania: Grimoire of Souls was soft-launched in Canada in 2019 only to be shut down a year later for, presumably, not bringing in enough money to justify itself. Now, it’s getting a new lease on life with Apple Arcade. I’m honestly conflicted.

As someone who got deep into Castlevania: Harmony of Despair, I’m open to — and even like — the general idea of series icons like Alucard, Simon, and Charlotte banding together in the same greatest-hits game. While it’s not a particularly original premise, for a mobile-based action game (which does have gamepad support), it could be a lot worse.

Still, I can’t help but dwell on how legendary this series is and how much potential is being squandered. In a vacuum, Grimoire of Souls is fine. But as the only new Castlevania? Mmm. 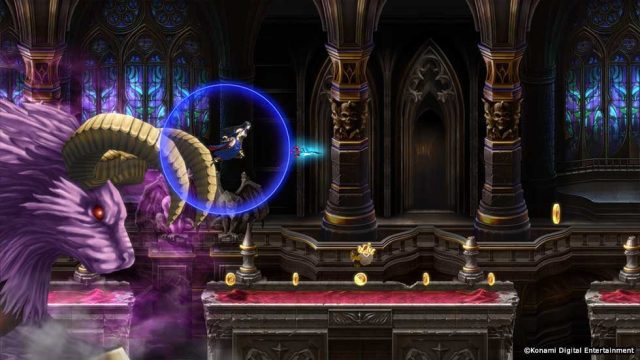 The revived Apple Arcade version is listed as “coming soon.” There’s a new site, too.

The main benefit of Apple Arcade is the lack of microtransactions and other free-to-play money-making mobile junk. How will this version of Castlevania: Grimoire of Souls be balanced? We’ll have to see. Either way, it’s worth watching some footage:

The App Store summary mentions “60 levels, a wide variety of equipment, and daily and weekly missions,” and also calls Grimoire of Souls an exclusive (as expected).

For those of you who haven’t tried Apple Arcade, it’s supported on iPhone, iPad, Apple TV, and Mac, and the $5-per-month service does have some fantastic titles; it’s just a matter of getting over the fact that you don’t “own” any of this stuff, which can be a hurdle. If you’ve still got a trial available to you, by all means, use it when the time comes.

Even if Castlevania: Grimoire of Souls isn’t your cup of tea, we’ve at least got the only-a-matter-of-time Castlevania Advance Collection on the way. It hasn’t been announced yet, but with two ratings — one in Australia, another in Korea — it’s a-coming.