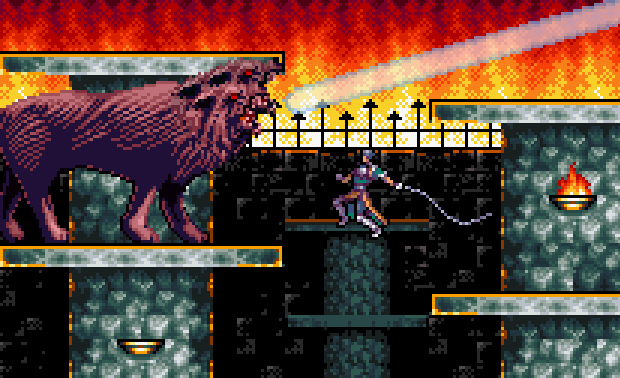 Releasing next week on the Japanese Virtual Console

Castlevania: Circle of the Moon is coming to the Wii U Virtual Console in Japan next week and one can only hope that the rest of the world will get it not long after. Playing Game Boy Advance games on Wii U has become one of my favorite things as of late and I’m in need of more.

I feel bad about not remembering any specifics about Circle of the Moon other than its card-based Dual Set-Up System (DSS) for magic, but then again it was a GBA launch title — it’s been a while! I’m eager for an eventual replay alongside Aria of Sorrow, if that ever re-releases.

Besides the fact that these titles generally look nice on the GamePad screen, it’s so much less lonely playing older games when people are actively talking about them on Miiverse.