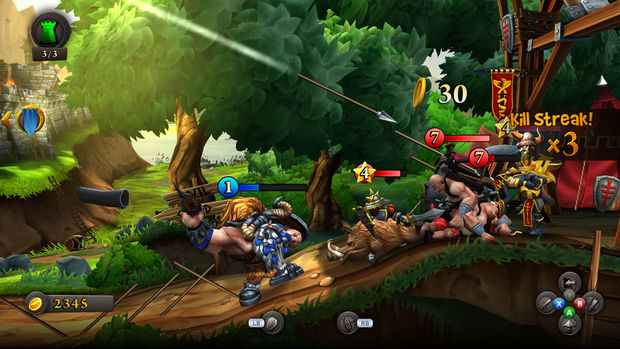 CastleStorm has hit the Wii U, and if you haven’t picked it up yet, this is a great chance to do so. Some people have described it as “Angry Birds with Vikings,” but that’s doing it a bit of a disservice. Yes it has a mechanic similar to Crush the Castle in that you’re throwing projectiles at structures, but the other half of the game is pure castle defense, similar to Swords and Soldiers.

CastleStorm is packed with content too if you’re looking for something to do on your Wii U. There’s a full campaign (with an upgrade system) and single player skirmish mode, castle creation, online play, and three local multiplayer modes to mess around with. Then you add in the fact that it has remote play (with touch controls, and dual screen multiplayer), and it’s hard to deny that this is one of the best games on the Wii U eShop right now. I particularly enjoyed the option to play with traditional or touch controls, without being forced to pick one.

There’s only one real blemish — Pro Controllers are supported for multiplayer, but not Wiimotes. So in order to play local multiplayer you’ll need to have a Pro Controller on hand while one player uses the GamePad. It’s a great controller anyway with lots of support, so it’s worth picking up!