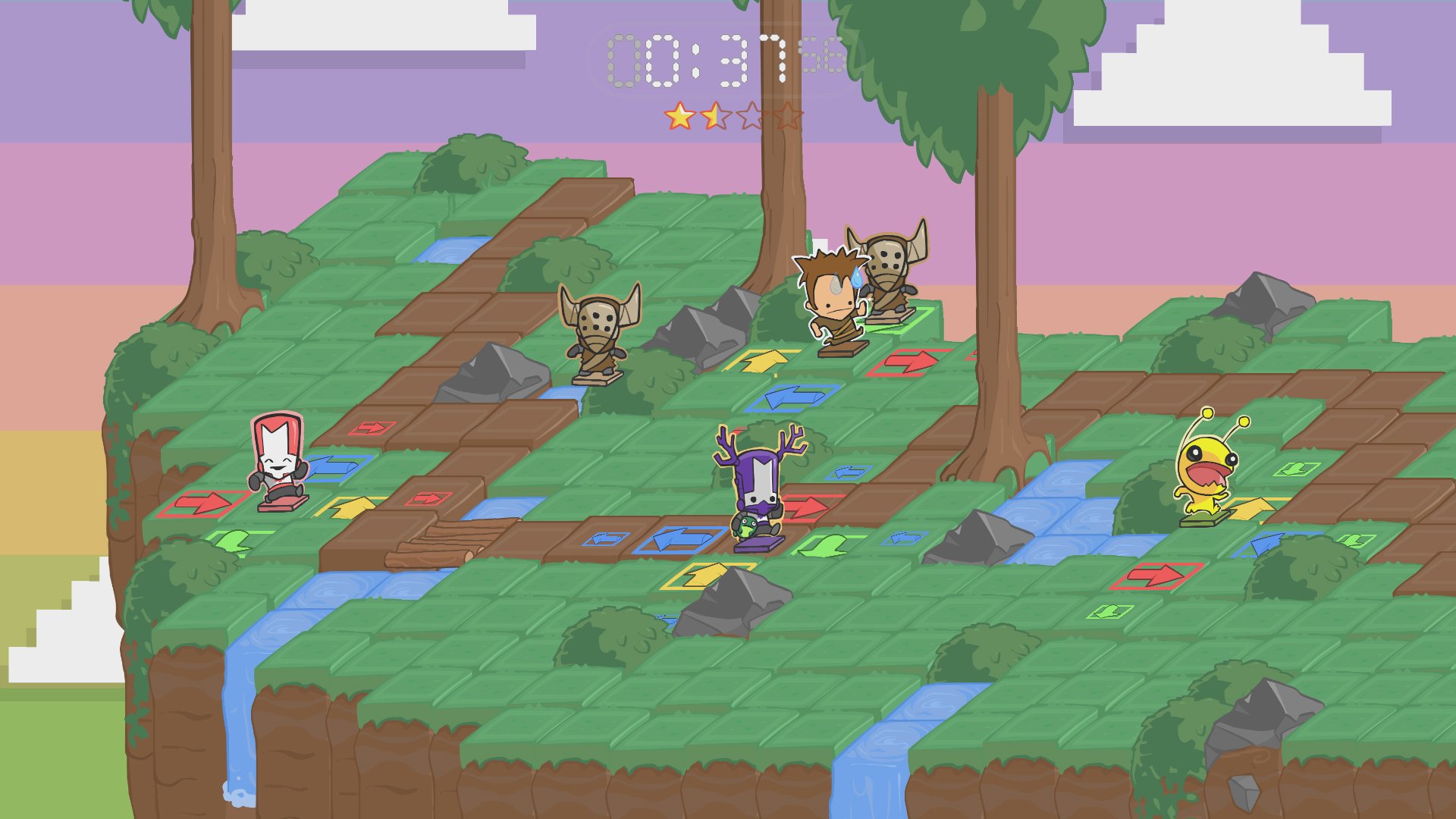 I like Castle Crashers a lot, but I wasn’t planning on nabbing the remaster for Xbox One. Now I am.

Castle Crashers Remastered releases on September 9, 2015. If you own the original game for Xbox 360 and have an active Xbox Live Gold account, you can download it for free through September 20 (and for $5 from that point on). The price without a loyalty discount is $14.99.

What’s new? A strange mini-game called Back Off Barbarian (shown above) that thoroughly confused Steven and me at PAX; larger textures; 60 frames per second; performance updates and gameplay tweaks; and smoother online multiplayer with faster matchmaking.

Also, Castle Crashers will eventually be backward compatible on Xbox One. Though if you go that route, you won’t get any of the aforementioned upgrades. Those are only in the remaster.