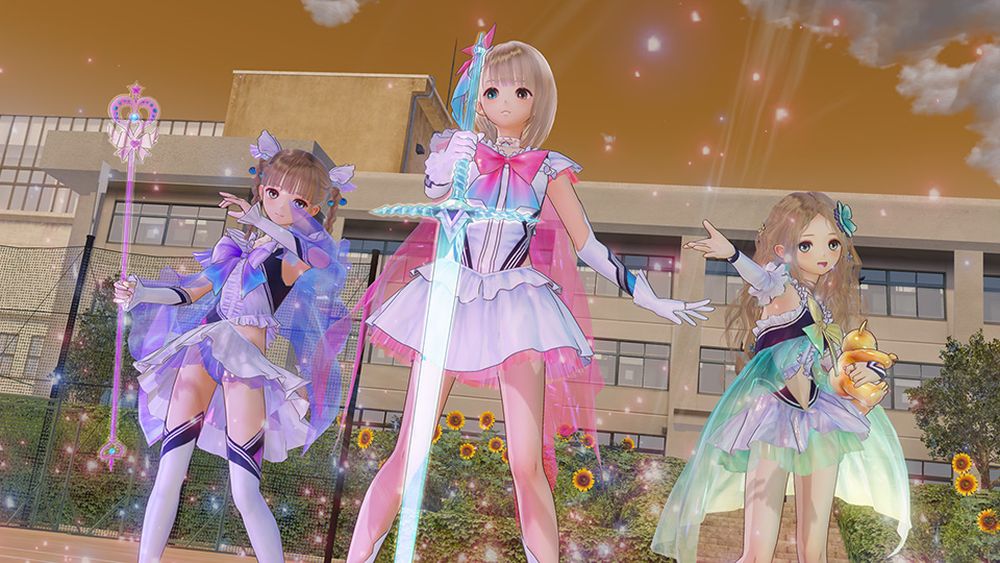 I put a spell on you!

Have you ever worried about games not being localized or not featuring enough women? Gust has you covered; nearly every Gust title has been localized in the West and they all feature a mostly female cast. The Atelier series is Gust’s bread and butter miso soup and rice, which are basically role-playing games about cute girls doing cute things including magic and alchemy. However, Gust’s newest magical anime girl RPG conjures a different vibe.

Blue Reflection: Sword of the Girl Who Dances in Illusions (unofficial translation) is a “heroic RPG” set to release in Japan on March 30, 2017 for PlayStation 4 and PS Vita. Similar to the Persona series, you will attend Hoshinomiya Girls High School and form relationships with not only your party members but also with 12 female classmates. The interaction between the students is the focus of the game as the narrative is themed on social connections and “human essence.” As such, the story will take on a more serious, even dramatic, tone when compared with the lighthearted adventures of the Atelier girls.

The protagonist, Hinako Shirai, is a talented ballet dancer who has aspirations of making it big by performing in an overseas competition, but she broke her foot and thus those plans as well as her ability to dance have been put on hold. Naturally she is heartbroken and will have to find a way to cheer up by socializing with the other girls until her foot heals. 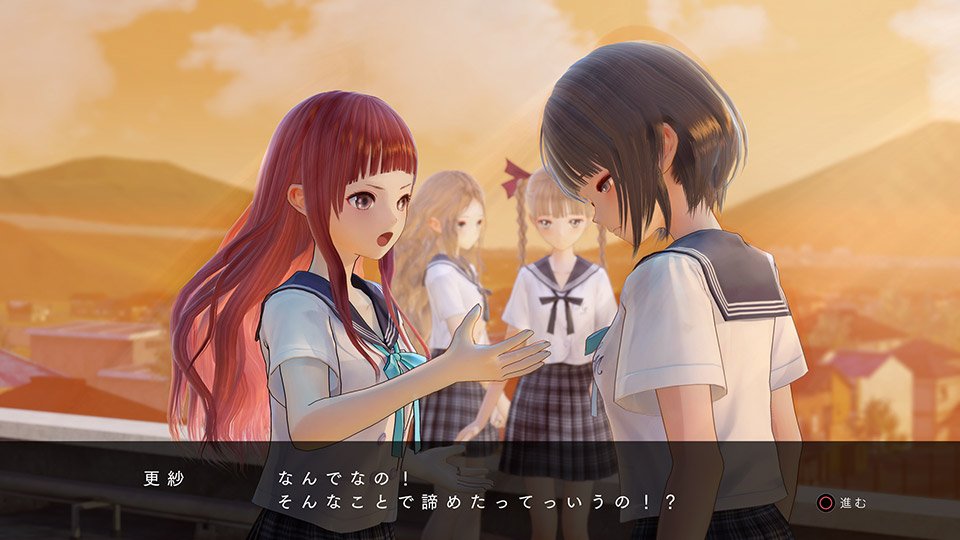 In place of dancing, she can fight thanks to the magical ability to turn into a Sailor Moon-esque “reflector,” granted to her by two girls named Yuzuki and Raimu Shijou. When a girl transforms into a “reflector,” not only do their clothes changes but so too do their hair and eye color. On top of that, they are granted a weapon with which to fight. Hinako uses a sword, Yuzuki fights with a baton, and Raimu is equipped with a deadly teddy bear. A really big teddy bear.

Hinako isn’t sure why she is fighting or what exactly she is fighting against. At first she just does it with the hope that her foot will heal someday (I guess they don’t know any cure spells), but slowly starts to wonder what the meaning of the battles are. Sounds like she could be killing babies for all she knows. Perhaps whatever magical shit Yuzuki and Raimu gave her wasn’t magical, but rather medical…

Like any good magical adventure, there exists another world, unofficially translated as “Different World.” Fighting will take place both here and in the real world. Your classmates’ issues reflect in this world along with crystallized emotions called “fragments” which have various effects when equipped. This cross-dimension emotional contamination sounds a lot like Ni No Kuni, but with less encyclopedic tutorials and Scottish fairies.

Battling is similar to that of Final Fantasy X, a true turn-based system that includes the turn order on-screen. Your classmates and friends can also support you in combat, each with unique support benefits. All of the three main party members can use up to four friends for support. I feel envy sorry for whoever gets ganged by 15 anime girls all at once.

Again, similar to Persona, your interactions with the various characters will benefit both social and combat elements of the game. You’ll be able to interact with all the characters while traveling to and from school, at lunch, during breaks, and after school in a variety of locations. Spending time with students, answering their questions, and completing their requests will raise your interaction level with them, eventually allowing you to receive their support in battle. Special event scenes will also occur. Clean thoughts only, folks.

Aside from meeting friends and battling, you can do what teenage girls do best: stare at your cell phone. The cell phone can be used to interact with friends and also includes some mini-games.

There you have it. I was waiting for a good excuse to write something on this game, but fuck it; it’s high time we talked about this thick game. If blended elements of Persona, Atelier, Final Fantasy X, and Ni No Kuni doesn’t intrigue you, well then I wonder why you’re still reading.

Blue Reflection: Sword of the Girl Who Dances in Illusions Archive [Gematsu]