It’s probably his favorite card game on The Citadel

We haven’t been told what any of the cards say, but they’ll probably be edgy. The URL for the expansion is totallyfuckablealiens.com. Because Mass Effect is a game where you can fuck aliens. Funny enough, the URL that BioWare is sharing on its public channels is masseffectpack.com (which redirects to Totally Fuckable Aliens).

Even though the contents will be a surprise, it’s not much of a gamble to pick this up. It’s going for just $1, which seems like a reasonable price for 14 cards. Cards Against Humanity says that this is a limited run that it’ll sell until it’s gone.

While you decide if this is the expansion for you, please enjoy this picture of Thane (I think) puking, Garrus and FemShep making out, and Tali drinking from a swirly straw: 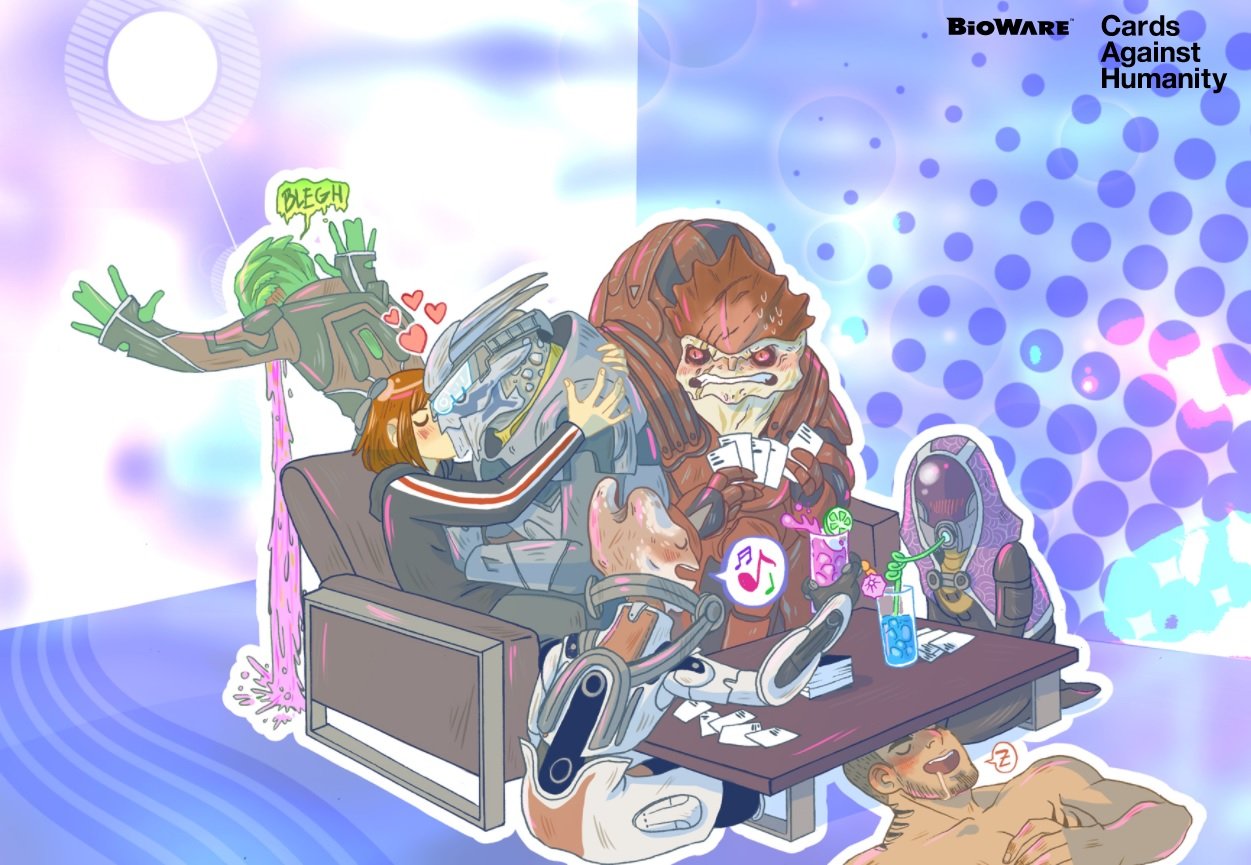