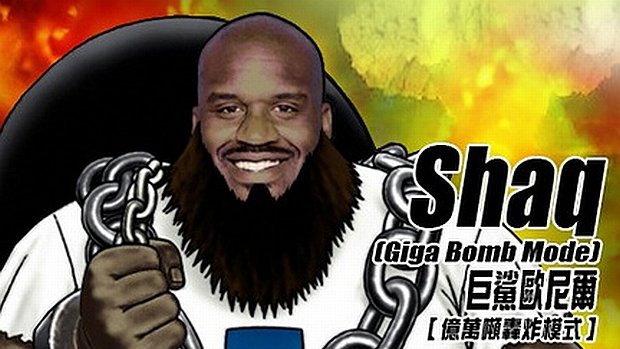 As seems to be the case with any Japanese franchise these days, there seems to be a trading card adaptation of The King of Fighters video game series. That’s hardly news.

What is news is that a Chinese otaku, for whatever reason, decided to go and adapt many star players from some mysterious sporting group known to insiders as the “National Basketball Association” to said card game, expertly ‘shopping their likenesses onto the game’s many combatants, while adapting their names and statistics to fit the setting.

To spice it up further, the artist threw in various much-loved celebrities, such as Michael Jackson, Jack Nicholson and Megan Fox. I expect this to soon appear as DLC for The King of Fighters XII, or NBA Live 10.

See the gallery for athletic picture action. Can you identify who became who? Not being a fan of KoF or the Basket-Ball, I sure as hell can’t.