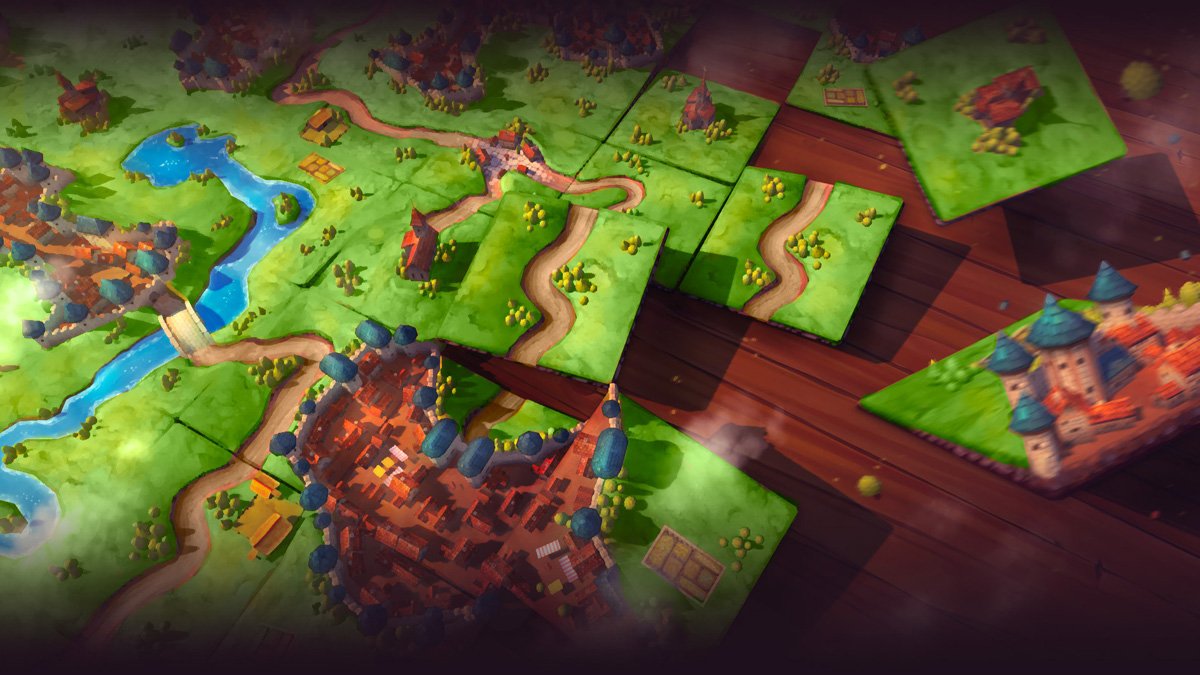 Waiting in line, passing the time

Although the magic of online play and the near eradication of split-screen has informed my multiplayer gaming habits, there once was a time where, outside of PC LAN parties and dial-up, local play was the only option.

Some of my fondest memories involve loading up a car with some friends, heading to a convention together, and passing around a massive group session of Advance Wars while waiting in line. Carcassonne‘s pass and play feel on Switch isn’t quite the same thing, but due to a lack of online support, it definitely feels era-appropriate.

I’ve spoken at length about Carcassonne before and its several adaptations, but the idea basically involves cordoning off separate portions of a kingdom to try to score the most points. You’ll need to build roads to reach that end, place citizens in specific locations to maximize your score and so on. Playing it untethered (already possible with the mobile edition) is fun. It’s a perfect relaxation game.

That said there is a tradeoff for the pass and play nature of the Switch rendition: no online play is a massive bummer. Long term after the honeymoon period has settled, Carcassonne thrives on online play with other versions given how hard it is to wrangle people up for it consistently. To see it missing from a port that you can ostensibly take with you on vacation and play with wifi is a bad feeling. Perhaps there were issues with Nintendo, Switch Online, and the Asmodee account that the publisher requires for all its games?

Other than that, the Switch version feels mostly in line with the other versions, as small framerate skips aren’t as Earth-shattering in a turn-based tile game. Carcassonne on Switch includes the River and Abbot additions (the River currently goes for $4.99 on Steam). Right now you can download the Inns & Cathedrals expansion for $6.99.

The downside? It’s $10 more expensive on Switch compared to PC because you’re essentially forced to buy those two add-ons.