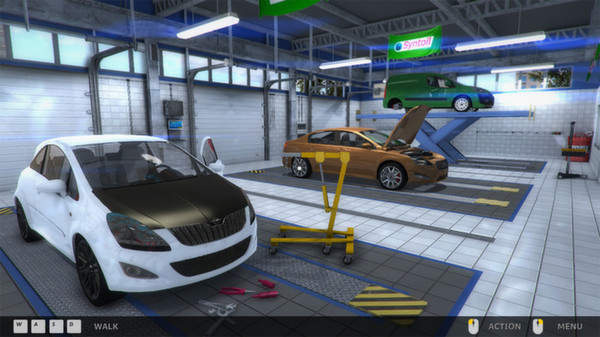 You can finally fulfill your fantasies

Car Mechanic Simulator 2014 is game that actually exists now. It has all the exciting features you’d expect in a car mechanic simulator, from unscrewing screws to using a laptop computer to check the tuning. What the hell did I just write?

The game went on sale last Friday and it’s actually in the top 20 sellers on Steam as of this writing. There’s a surprisingly amount of positive reviews for the game too, so I guess they’re not totally cashing in on the whole “mundane simulator genre” as I thought they were seeing as they also released Professional Farmer 2014 last year.

Car Mechanic Simulator 2014 is normally $19.99, but you can get it for $14.99 till the end of January. A free update will be coming in June called the “Turbo Add-on” and another one called the “4×4 Add-on” that will offer off-road cars later in the year.