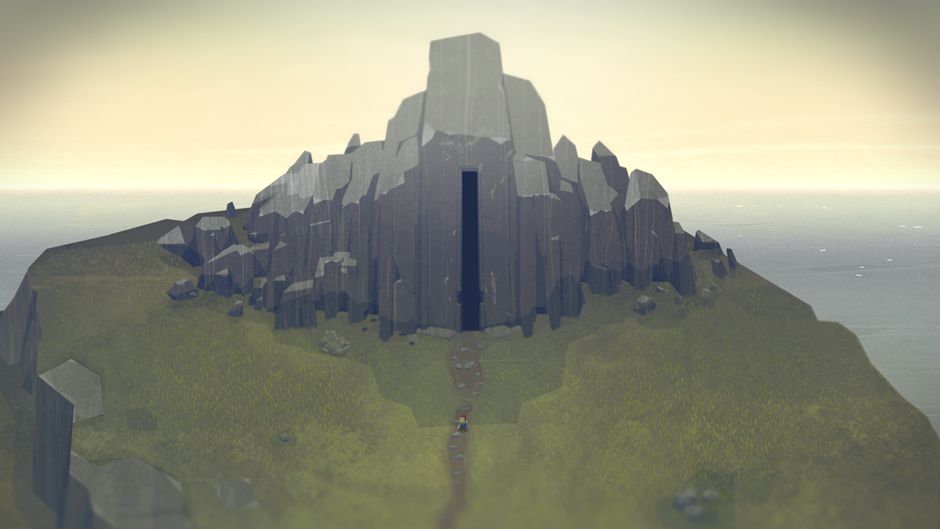 The next big thing from the minds of Sword & Sworcery

Of all the Xbox One games that were revealed during Microsoft’s E3 2013 press conference, it was Capybara’s Below that had me the most excited for the next-gen system. How could I not be? After all, Capy has had a track record of stellar titles from ranging back to Critter Crunch, Sword & Sworcery, and the upcoming Super Time Force for the Xbox 360.

Below is all about exploration, and Capy has no intentions of babying players here. “As you explore your goal is really to survive,” Nathan stated. “Use your sword and shield, other weapons, in “brutally fair combat” as we call it. We’re not going to hold your hand, you make a mistake you’re going to die, but it’s going to be your mistake, not the game’s mistake. You’re not going to be put in scenarios where your skill cannot triumph.

“It’s a game that’s about you as a small warrior exploring. One of the reasons why we have a small character, one of the reasons it mostly takes place in single screen dungeons is because it really almost makes movement about exploration.”

That feeling of being small and helpless will especially be executed well thanks to the tilt-shift-like perspective you’ll be witnessing Below through. Plus, there’s the whole permadeath angle. One small mistake and you will have to start all over again with a brand new character. “You’re powerful if you’re great, but really you’re weak because you’re a single warrior in this massive dungeon.”

As for the story, Nathan would rather not say as the game is about you figuring out what it is as you play through. And how much of that story you discover will depend on how much you explore. Plus, no two playthroughs will be the same as “a significant portion” of Below takes place in randomly generated dungeons.

“If you manage to survive, that’s when discovery happens. That’s when you learn more about the story, that’s when you delve deeper into the depths, that’s when you have an opportunity to unravel or learn or experience or just go back and explore some more. It’s kind of this cycle of exploring, surviving, discovering, exploring further. And combat is very like a game-y game in a lot of ways.”

Lastly, you may have noticed in the debut trailer that there was two people playing through a dungeon. We’ll learn more about multiplayer at a later date, but the last thing Capy wants to do is create a multiplayer system where there’s a lobby and you have to jump through those type of hoops to play with others. While Nathan wouldn’t confirm anything to me, my thoughts went into thinking they’ll take the seamless approach along the lines of Journey.