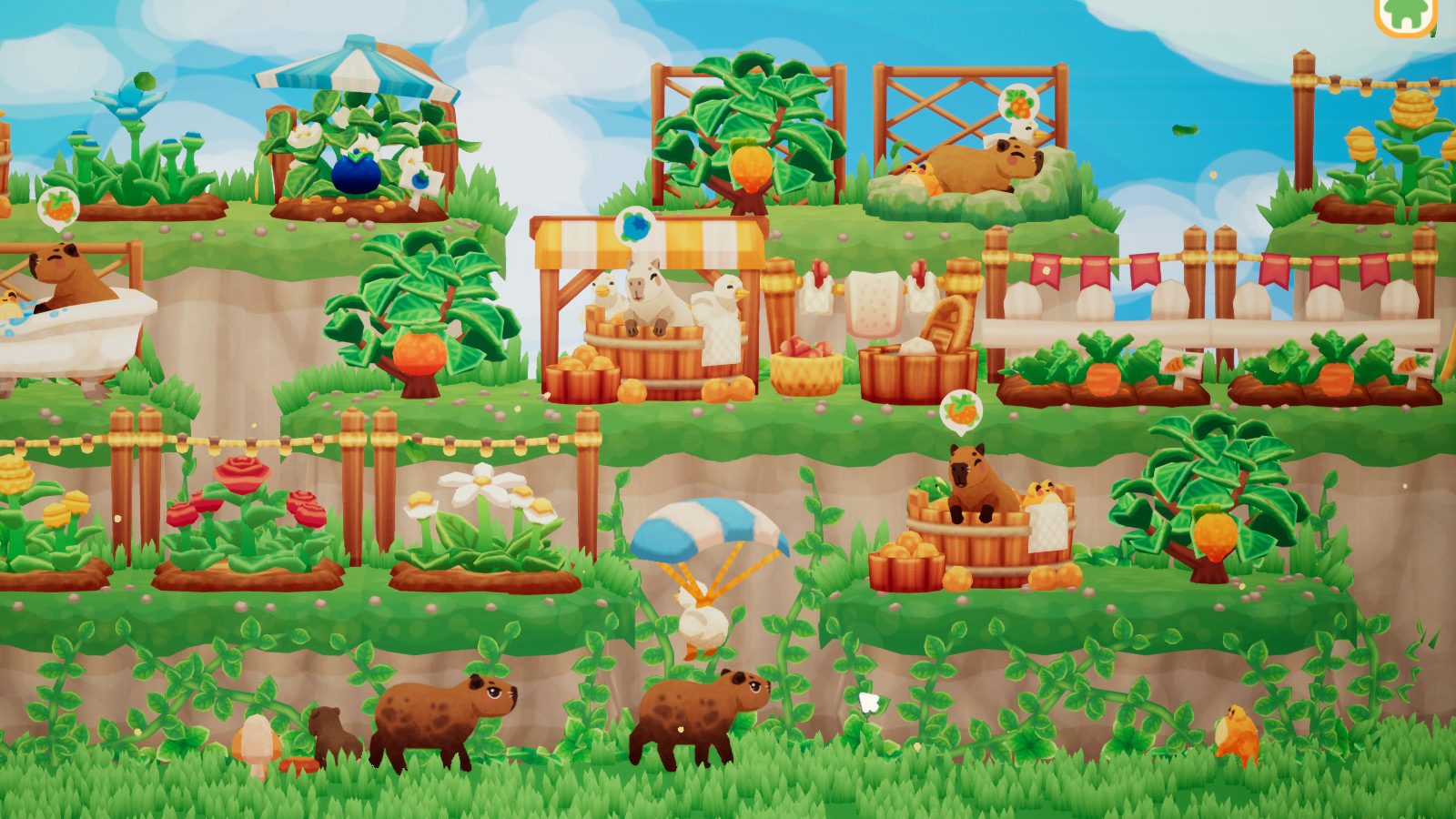 I’m always on the hunt for relaxing new indie games. I can only put so many hours into Stardew Valley, after all, and it’s good to play something new every once in a while. Every once in a while, a game will come my way that I am absolutely jumping at the chance to try out, and that is certainly the case with the newest title from Cozy Bee Games, Capybara Spa.

Described on its Steam page as a point-and-click simulation game, Capybara Spa allows players to take on the role of, well, whatever you would call someone who runs a spa for capybaras. The gameplay includes activities like decorating the gardens to your liking, growing fruits, crafting soaps, cleaning towels, and of course, taking care of your capybara patrons.

Personally, I think capybaras are the perfect subject of a relaxing game, considering how chill they are. They’re actually the largest rodents on the planet, and also happen to be one of the cutest animals out there, in my very humble opinion. There’s also no doubt in my mind that this game was inspired by that viral video of a capybara in a spa bath with an orange on his head. If you know, you know (and if you don’t you should totally go watch that video because it’s a healing experience, as I suspect playing this game will also be).

Capybara Spa officially released on Steam on March 14, and is also available for purchase in a bundle with a couple of Cozy Bee’s other games, Lemon Cake and Bunny Park.

If you’re looking for an adorable pick-me-up, this looks like it might be just the thing you’re looking for. Need more convincing? The reviews on this game’s Steam page say it all. User Mystica says that “Elden Ring can kiss GOTY goodbye,” and the aptly named capybara gameing says, “Pros: CAPYBARAS, Cons: NONE.” I think that really says it all.