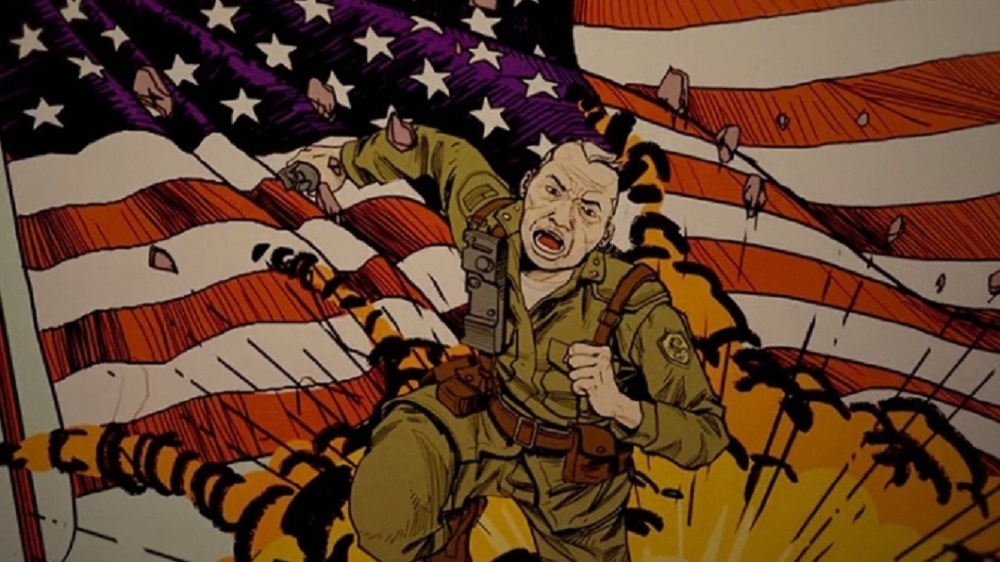 Bethesda will release the last piece of DLC for it’s chaotic shooter Wolfenstein II: The New Colossus tonight, as The Deeds of Captain Wilkins launches on PS4, Xbox One and PC.

The final part of The Freedom Chronicles — following previous expansions The Adventures of Gunslinger Joe and The Secret Diaries of Agent Silent Death — Captain Wilkins sees the titular All-American infiltrate a Nazi stronghold, hunkered down on Alaska’s Kodiak Island. Wilkins will join former comrades in an effort to destroy The Reich’s powerful new weapon, The Sun Gun.

Available as part of The Freedom Chronicles DLC pass, or for purchase separately, The Deeds of Captain Wilkins goes live in at midnight tonight on PS4 and Xbox One and at 19:00 ET  / 23:00 GMT on PC.