But it still doesn’t jump with it

Super Mario 3D World was fantastic, and one of the reasons was its incredible variety throughout. Captain Toad made his first playable appearance there, with his levels acting as a sort of palate cleanser between Mario’s running and jumping cat suit antics.

The basic premise of the levels is that Captain Toad wants to help Mario collect stars, but since he is slower and cannot jump, he needs to rely more on puzzle-solving ability and keen perception (along with smart level design) to get things done. Fans loved it and clamored for more Captain Toad, so Nintendo explored the idea even further with Captain Toad: Treasure Tracker. As it turns out, the basic premise really has legs — legs that still cannot jump. 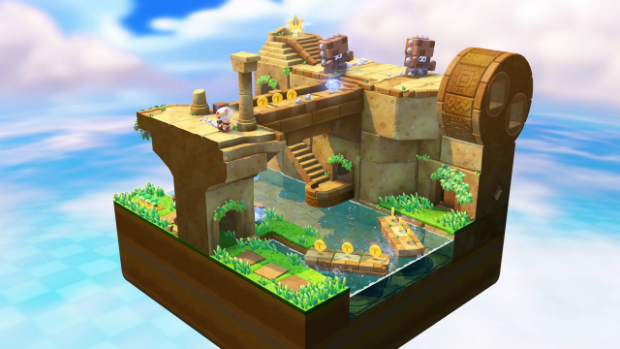 Most of the Captain Toad levels in Super Mario 3D World stuck to one general format. They stuck to a small, self-contained cube, they required the player to view the level from all angles in order to solve, and the goal was to get all of the stars on a level.

While a lot of the levels in Captain Toad: Treasure Tracker stick to most of that, there are a few notable differences. Now, instead of just hunting stars, Captain Toad is looking for gems as well. To fully complete a level in Treasure Tracker, the player must collect all of the gems, then touch the star, but acquiring gems is optional for those who just want to get to the end. 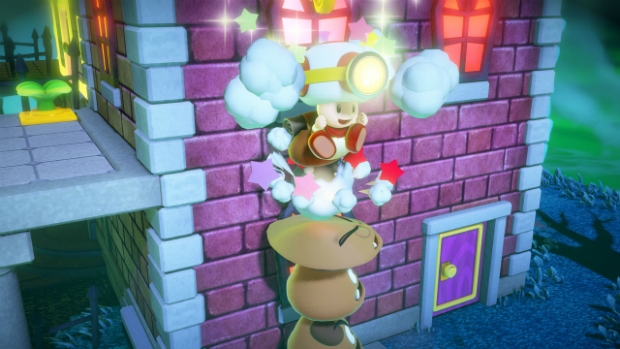 The other big difference is that the levels are expanded, both in size and in scope. Though Captain Toad still does his fair share of walking around slowly, he now engages in other activities as well. One level I played had him riding a mine cart and throwing turnips. Another shows him fending off a huge, fire-breathing dragon.

The second level I got to try hands on was a haunted mansion. Touch control on the GamePad came into play, where certain chunks of the level could be moved by tapping on them. These pieces have doors on them that connect to other doors in the level, so the main part of the puzzle was figuring out how to arrange the movable parts in order to use the doors well. One particularly satisfying section has Captain Toad luring a pillar of goombas underneath a door, moving to it, and squashing them all in quick succession. 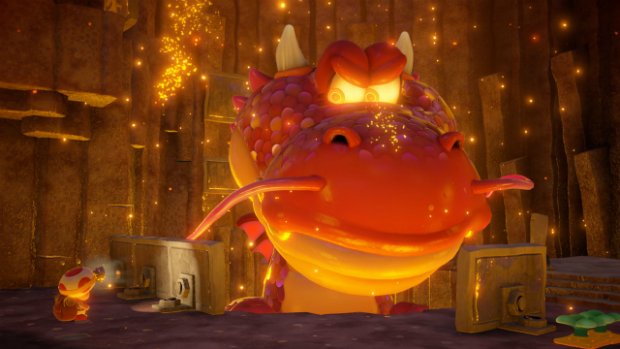 Keeping with the standards set in Super Mario 3D World, Treasure Tracker is visually vibrant. Even now, a year and a half after the Wii U’s launch, seeing Nintendo games in high definition is a treat. The format of Captain Toad lends itself to this end; with small, discrete levels, the variety in art direction can only benefit.

So far, Captain Toad: Treasure Tracker is looking pretty good. Nintendo has announced that it will also be one of the first titles to use amiibo, but we do not know the particular functionality of it. Regardless, we can expect to track treasure with Captain Toad at the end of this year.