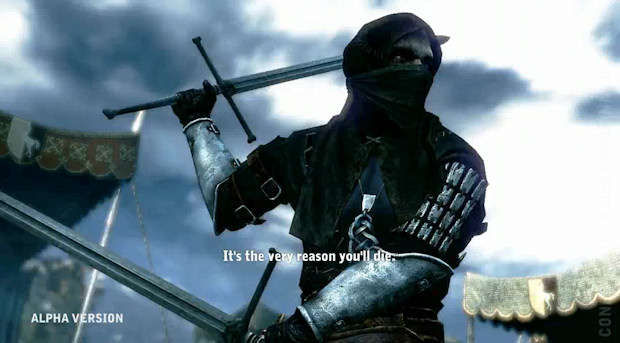 Yesterday, a video trailer for The Witcher 2: Assassin of Kings was leaked online, prompting plenty of speculation and rudderless gossip about a followup to the well regarded PC RPG. Realizing that what has been seen cannot be unseen, developer CD Projekt RED has been forced to confirm the sequel.

“Of course, we can’t and won’t try to deny the facts,” confirms said Adam Kicinski, CEO of CD Projekt RED. “The movie that appeared on the various sites yesterday presents our newest project, The Witcher 2, which we’ve been working on for some time.

“We made something about half a year ago, to present the first playable version of the game. Currently we are looking for a potential publisher (or publishers) for this title, and this leak is an uncontrolled side effect of that process. For today, we are not commenting on anything that concerns the game itself.”

I’m still waiting for my damn console version of the first game, but in the meantime, I wish these chaps all the best in getting a publisher for the sequel. We need more solid RPGs coming out of Europe.