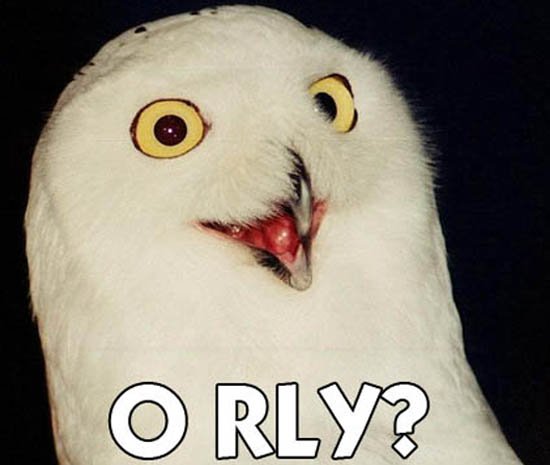 I rarely whip out the ORLY owl, but sometimes a post just warrants it. Such was the case in this tidbit from Yahoo news about parents’ commentary on their children’s video game habits. Not shockingly, there was a lot of negative feedback. An average of 43 percent of parents think videogames are a time waster for their children, according to a recent Associated Press survey. One commented in specific:

“I don’t think it’s good for them, the violence, the obsession,” said Karen Kimball, 55, of Hale, Minn., another nonplayer who estimates her 17-year-old son plays 25 hours weekly. “No longer is it, ‘Let’s go out and throw a football.'”

While videogames can be positive and even life-changing, Karen has a point in there somewhere. Games, like anything else, can be overused and turned into an obsession. It’s the gamers that know how to use the medium for their fun and enjoyment that this kind of news saddens the most, and I can’t say I blame them.

On a slightly more positive note, one dad talked about playing Halo 3 regularly with his son and said of the experience, “That game has bonded me with him.” It’s interesting to see the opposite side of the coin — and worth considering the impact that kind of experience makes on a child. It seems parents that do play with their children tend to be younger, single and working part-time, therefore allowing them more time and energy to spend with their kids.

Of course, there’s tons to be said here, but I’ll keep it short and sweet. If your kids like games, you should try to play with them or at least spend time with them while they do so. It means a hell of a lot to a kid to be able to tell his parents about what he or she is enjoying. If it wasn’t for my grandmother listening to me detail out the plot of The Legend of Zelda ad nauseum, I don’t think I’d be where I am today.

Filed under... #Halo#Poll#Things gamers do