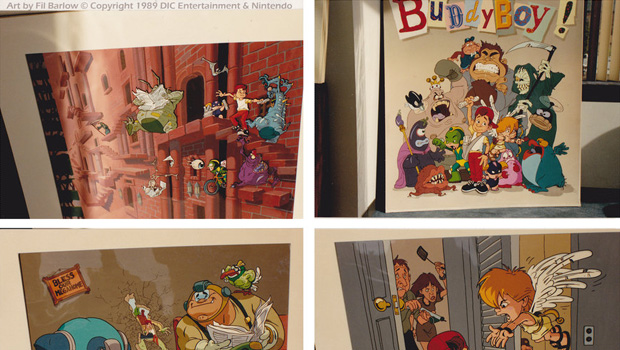 Also, Mega Man was supposed to have a Mega family!?

Captain N: The Game Master is a show that simply couldn’t exist today. A gathering of videogame heroes and villains from all your favorite NES games, of both the first- and third-party variety, interacting and going on adventures together? It’s one thing to have a crossover game like Smash Bros. or Project X Zone, but the number of licensing hoops that an animation studio would have to jump through just to be allowed to use these characters’ likenesses is ridiculous. And even if a studio could clear those hoops, you’d get something (admittedly cool) like Wreck-It Ralph, which restricted licensed characters to cameo roles and had to adhere to the license holders’ specifications on how these individuals could be portrayed.

But in 1989, videogame stars didn’t have such defined characteristics, and Nintendo had so much control over third-party content that it could allow the use of characters from non-Nintendo-developed titles. With so much freedom, Captain N producer DiC Entertainment could get away with stuff like having Pit suffix “-icus” to the end of all his sentences; making Mega Man green and having him preface every other word with “mega”; turning Simon Belmont into a vain yet cowardly pretty boy; and anthropomorphizing a Game Boy into the Scooby-Doo of the gang.

But as bizarre as Captain N wound up being, it could have potentially been much, much crazier. On his deviantART page, former DiC artist Fil Barlow shared some of his concept art for the original show pitch to Nintendo. Instead of being called Captain N and starring Zapper-toting teenager Kevin Keene, it was originally going to star Paperboy from the game of the same name. For some undisclosed legal reason, the show was retitled Buddy Boy, though Buddy’s profession remained unchanged. 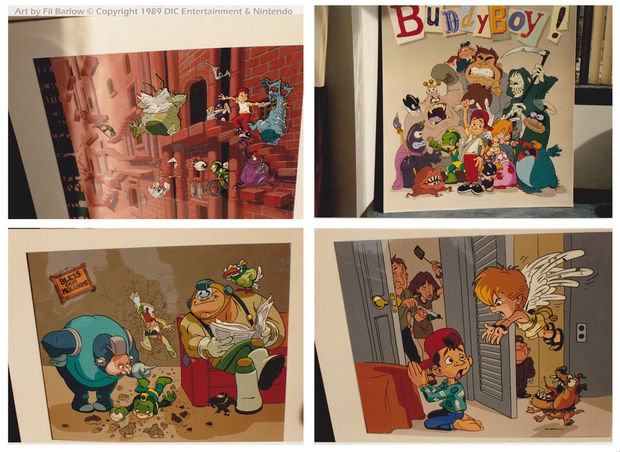 From Barlow’s art, we can see Pit, Mega Man, Donkey Kong, King Hippo, and Eggplant Wizard, the only characters who made the cut into the final production. Donkey Kong Jr. was part of the original cast, as was Death from Paperboy.

But the oddest creations by far were Mega Man’s family, which included a “Megamum,” “Megadad,” pet “Megabird,” and pet “Megarat.” In this version of the show, Mega Man was the Game World analog of Buddy, and his parents were like the Incredibles — former heroes who have fallen out of shape in their retirement. They’re technically not robots either, rather cyborgs or humans wearing power suits. Imagine if this had been greenlit! How insane would that have been!?

Would this direction have produced a better show? Would Mega Man’s alternative backstory have had an impact on his character development in the games much like how Luigi’s cowardliness in The Super Mario Bros. Super Show! eventually became one of his defining traits in titles like Luigi’s Mansion and the Mario & Luigi series? Who can say!

Before Captain Nintendo: there was Buddy Boy!! by filbarlow [deviantART via Rockman Corner]

Speaking of Captain N, Mega Man’s introduction to Smash Bros. and in turn his reunion with Pit has led to a number of nostalgia-tickling pieces of fan art. I wanted an excuse to post one of my favorites, and now is as good a time as any. Doesn’t it just warm your heart? 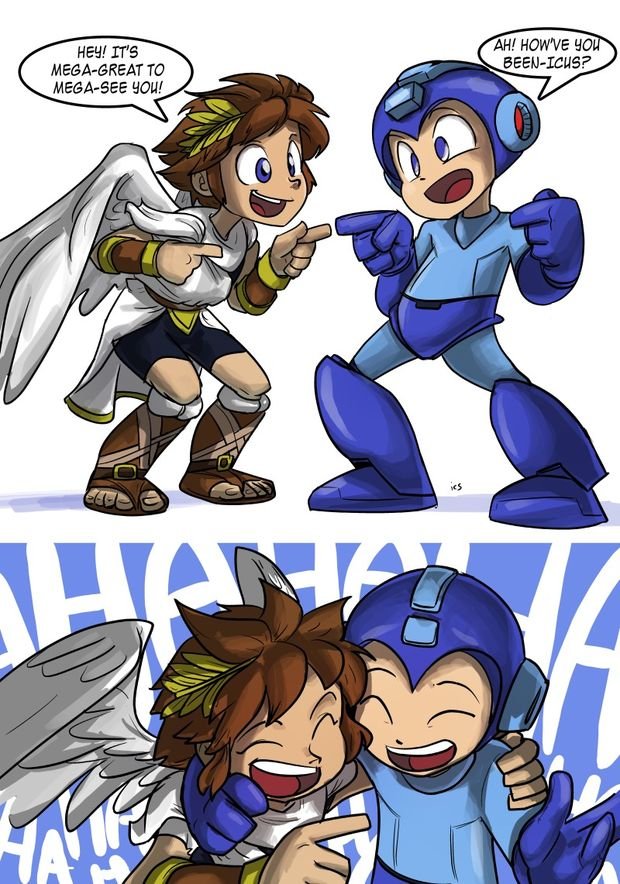