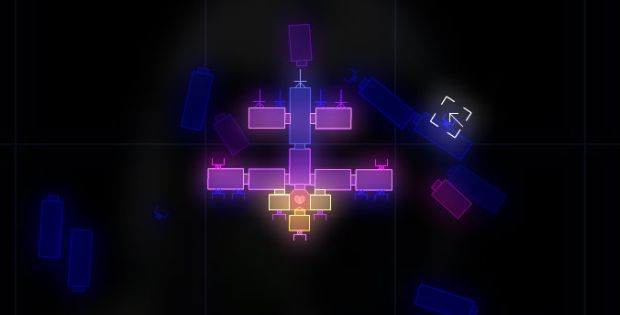 I previously talked about Captain Forever during its pre-launch phase, when you had to pay $20 to access it. The game is now available for free, here.

And I’m still horrendous at it.

Captain Forever is what you might get if you crossed Banjo/Kazooie: Nuts and Bolts with Space Invaders. You build your own ship in realtime by scavenging the parts of enemy vessels and adding them to your own, until you find a baddie with nicer thrusters or shields or blasters, at which point you defeat them in battle and harvest their parts, and so on and so forth until you die.

That’s the idea, anyway. Unless I get tremendously lucky and the game spawns a ship made up of nothing but awesome guns and no engines, I still find myself completely unable to build a ship of any strength — by the time the Echo-level bad guys show up, I’m pretty much screwed. I’m not entirely sure how much of this is my fault, and how much of it is the game’s design, but smarter people seem to be having a lot of fun with it.

Either way, the damn thing is free — not like you’ve got much to lose. Should you decide to donate $20, however, you’ll gain access to Captain Successor, the sequel to Forever which includes a bunch of new weapons and ship types.

Which I also suck at.