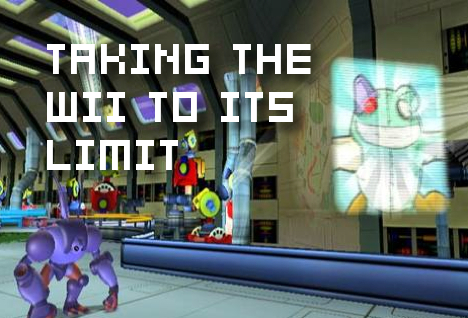 I have often wondered if executives should even post on message boards. Yesterday Christian Svensson, Senior Director of Strategic Planning & Research for Capcom, decided to talk a little Spyborgs with the nice folks on Capcom’s forum. In a mere two posts, Svensson announced that Spyborgs will not be showing at E3 this year, and implied that the game will max out the Wii’s hardware.

The poster that originally grabbed Svensson’s attention made mention that he was tired of poor third-party support on the console, and wanted a game that would “make full use of the Wii’s power.” In reply, Svensson implicated that the Spyborgs would do just that.

Spyborgs will be that product. Wait and see.

When asked further down in the topic if Spyborgs would be at E3 this year, Svennson was wonderfully candid:

Our very own Nick Chester recently had a chance to check out Spyborgs in action at Captivate. His interaction with the game is very telling of what we can expect from the title. Personally, I could go either way with this one. I would love to have an excellent game that pushed the development envelope for the Wii, but I’m not quite ready to stamp Spyborgs as that fantastical hardware shredder.