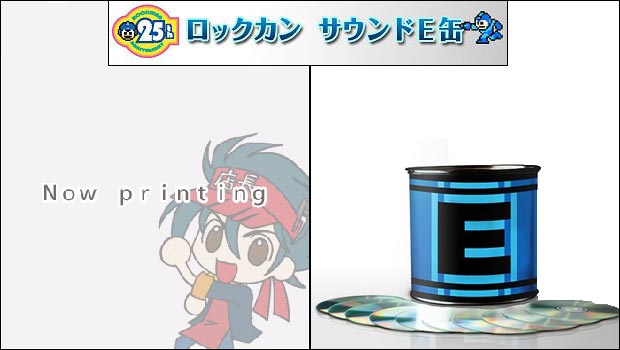 Not only is Capcom preparing that snazzy E-can canister filled with the soundtracks to the ten original Mega Man titles, but they’re also preparing a musical tribute to celebrate the franchise’s 25th anniversary. With tentative titles of 25th Anniversary Rockman Rock Arrange Ver. and 25th Anniversary Rockman Techno Arrange Ver., I think you can already get a sense of what to expect.

But before you write off the techno version as a cheesy electronic remix album, let me point out that there were two similarly-themed CDs released for Mega Man’s 20th anniversary, and the techno remixes by electronic music master Shinji Hosoe were incredible. While we have no idea who’s behind the arrangements for the respective CDs this time around, they do have August release dates and are both available for pre-order (Rock Arrange Ver. and Techno Arrange Ver.) on CD Japan if you’re interested. I’d imagine they’re going to sell out pretty quickly.

What do you think of Capcom’s continued dedication to Mega Man’s musical legacy? Will you be picking up either of the arrange albums or the nifty E-can (also available via special pre-order at CD Japan) when they’re released?