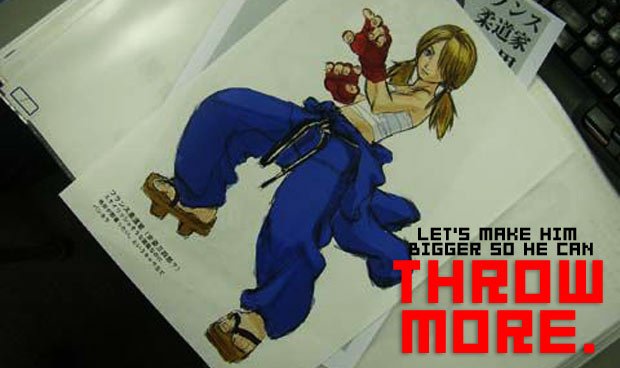 See that? That’s Abel from Street Fighter IV. Or it was, anyway. This week’s update to the Super Street Fighter IV dev blog gives us, among other things, a look at what the Frenchman could have been if the team had stuck with the original concept.

Battle Planner Taisaku Okada says that Abel was intended to convey the idea that the weak could defeat the strong, and was thusly conceived as “A small Judo character, who could be mistaken for a girl.”

I dunno about “mistaken,” that just looks like a girl to me. Either way, even a trap or reverse-trap character would still have been more interesting than the Abel we actually ended up with. I still think Abel is one of the most boring characters in all of videogames, let alone the Street Fighter universe. Which version do you prefer?