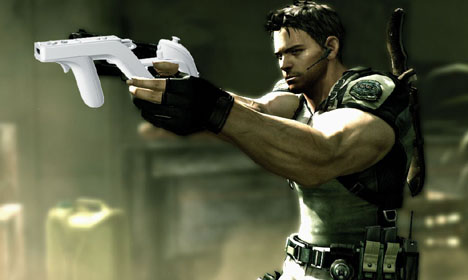 Capcom has a Dead Rising port for the Wii on the horizon. Maybe they have a Resident Evil 5 one in the plans too, right? Not so fast. When asked if a online-removed Wii port was possible, Takeuchi’s response did not sound very promising.

Hmm…honestly speaking, we’re kind of pushing the 360 and PS3 to their limits right now, so it would probably be pretty difficult to create a Wii version of RE5.

Maybe a downgraded RE5 wouldn’t be worth porting? Or is it that Capcom thinks there’s more money to be made on PS3 and Xbox 360 versions? I don’t think a Wii version of RE5 would be impossible. Our guess is that Capcom is probably more interested in creating something new for the Wii that is more targeted to its audience… and its controllers.