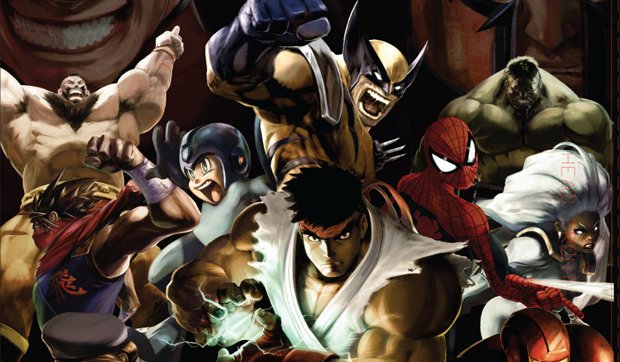 Capcom posted some information on the Unity Blog about the upcoming release of Marvel vs. Capcom 2 Mix Tape, a collection of hip-hop songs that acts as an alternate soundtrack for those players who have no appreciation for the music in the original game and want to play with something more urban in the background.

I will say that the assortment of rap and hip-hop artists they’ve put together to contribute to the album is impressive. Talib Kweli, Raekwon, Hieroglyphics, E40, DJ Qbert, Planet Asia, MC Supernatural, Havoc from Mobb Deep, Oh No, DJ Toure and Random all make appearances. Capcom has not revealed yet when the soundtrack will be released, but it will be downloadable and free. More details are expected next week.

If your interest is piqued and you’re going to Comic-Con, Capcom has non-too-subtly suggested that visitors to their fighting games panel on Friday (or some very lucky merch purchasers at their booth) may be able to get their hands on a limited edition vinyl pressing of the recordings. Sweet deal.

After the jump is a video featuring one of the tracks on the album, “Fight the Good Fight,” by The Grouch and Eligh. And also check out the image accompanying this post with a much larger look at the cover for the album.

Filed under... #Capcom#Comic-Con#Downloads#Freebies#Marvel vs Capcom