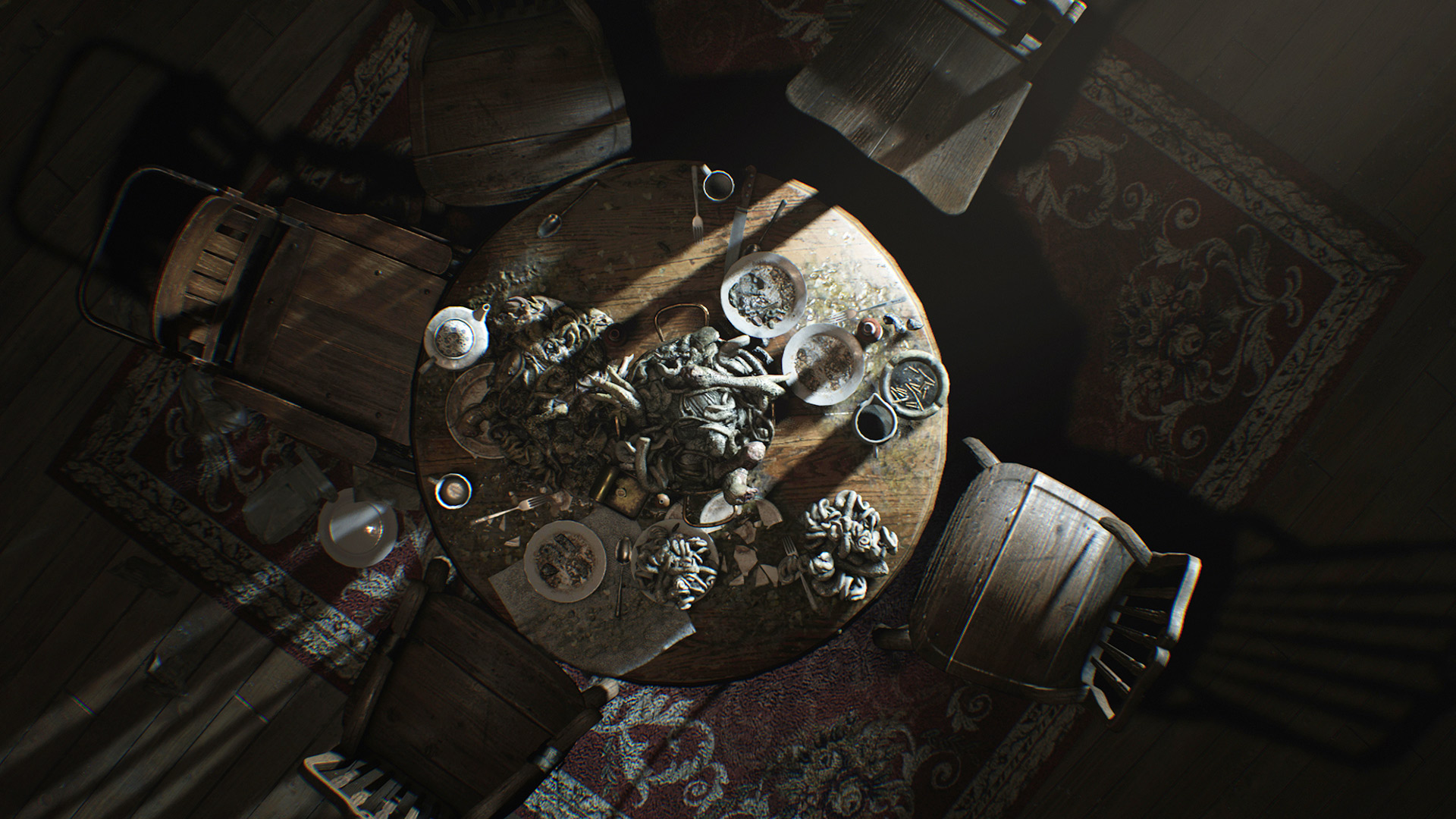 I did not expect to come out of E3 pumped for a new mainline Resident Evil game, but here we are. The shift to a first-person perspective, the move away from “superhero characters” and absurd spectacle, the shroud of mystery — Resident Evil 7 is really working for me so far conceptually.

Capcom held a Q&A with producer Masachika Kawata and director Kōshi Nakanishi, and there are some choice quotes. It’s a good info roundup. First off, if you haven’t heard yet, there won’t be any quick-time events. “I know there are a lot of people who will be relieved to hear that,” said Kawata-san. Despite this and other changes, that’s not to say RE7 is going to drop all of the old conventions.

“In the 20 year history of Resident Evil, you know that the key pillars of the game are fear and horror, exploration of the environment, puzzle-solving elements, resource management, and combat against enemies,” explained Nakanishi-san. “Those are all in this game, but we wanted to start off with the first two — horror and exploration — and get you experiencing those two pillars up front. If you’re thinking that because those other elements aren’t in the demo, that they won’t be in the game, that’s not the case. We’re focusing up front about the message of horror coming home in this demo.”

On that note, a reminder: the teaser (which you can play now on PS4) is “a tonal preview of what to expect in the game, rather than a little bit of game content you’re getting in advance.”

Nakanishi-san reassured that they “haven’t just thrown out Resident Evil as it exists and turned it into a ghost story. It will all make sense in the end. I know it’s frustrating holding back on what we can show fans, but this is really the best way to let you enjoy the game to the fullest when it finally comes out.”

It’s too early to tell how these tweaks will pay off, but in general, do you think Capcom has the right idea here? Was Resident Evil overdue a shakeup like this?