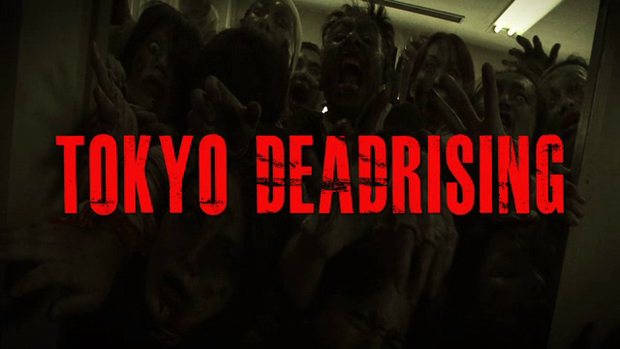 The setting — the Tokyo suburbs…”SUDDENLY! ZOMBIE ATTACK!” The film follows a freelance journalist named Shimada and some random screaming girl as they try to escape the clutches of all the zombies in what has become a “Zombie Paradise!!”

The premiere of the short film will be shown at a special game pre-launch party courtesy of Capcom-Unity Japan in Tokyo on October 12. In his message, SABU describes how he randomly came to a realization that he wanted to make a zombie short film, and that he wanted it have a mixture of “action, comedy, heart-wrenching drama, and maybe even some dancing.”

So whatever happens, it’s pretty certain that we’ll be entertained in some way, so here’s hoping that the film will eventually be shown to the public. For now, enjoy the full 37 seconds of the trailer and marvel at all the acting talent on show.