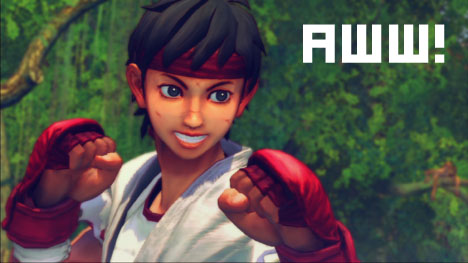 Capcom just dropped a bomb of information on us, so we’ll lay it all out for you in an easy-to-read format.

Capcom announces a Street Fighter IV expansion pack. Free at launch, this pack will include:

They’ve also announced Street Fighter IV DLC. Each of these alternate costume packs packs will cost 320 MS points or $3.99 on the PlayStation Network:

Finally, Bionic Commando has been confirmed for a May release for the PS3 and Xbox 360, with a PC version following soon after.

Also, don’t forget about the Street Fighter IV Launch event happening Feb 12, 2009 in Los Angeles. You could even win a copy of the game a week before launch there.

Be sure to check out our absolutely massive gallery of Street Fighter IV images featuring many of the DLC costumes and characters mentioned above.