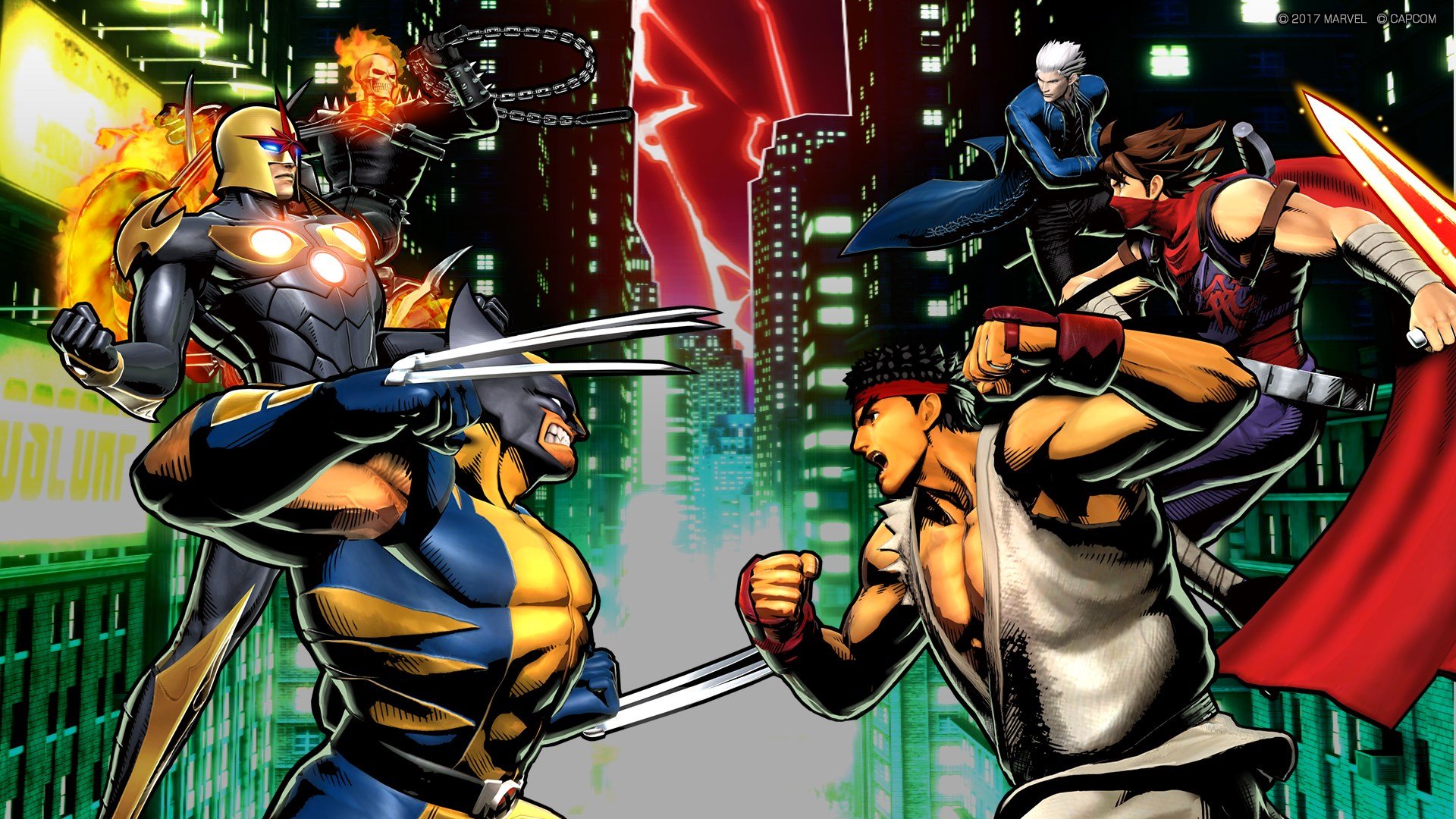 The silver age of the fighting game genre is seemingly over. There are tons of great titles to play, both old and new, but many discussions I’ve come across are constantly debating problems like netcode, season passes, and the balance of individual rosters. To me, this renaissance of fighting games that started with Street Fighter IV ended at the conclusion of Ultimate Marvel vs. Capcom 3‘s reign. Now more then ever, with Capcom’s fighting game division floundering with an overall lukewarm reception of Street Fighter V, the failure of Marvel vs. Capcom: Infinite, and the success of Arc System Works in the hyper fighting category, the ghost of Ultimate Marvel vs. Capcom 3 persists well beyond its dusting in the past.

2019 for Capcom was undoubtedly a great year. Monster Hunter World was receiving accolades and its Iceborne expansion released to great results. Resident Evil 2 simultaneously revived the classic feel of Resident Evil while also instilling new things. Devil May Cry V heralded a return to form thanks to Hideaki Itsuno after years of languishing since Devil May Cry 4. But somehow Street Fighter V doesn’t really figure so much into this picture, let alone Capcom’s fighting games division. And that picture started to get really painted in when Ultimate Marvel vs. Capcom 3 had its last hurrah at Evo 2017 by getting in via donations.

Ultimate Marvel vs. Capcom 3 as we know it released the same year as its title predecessor, Marvel vs. Capcom 3: Fate of Two Worlds. It was a seemingly unthinkable move, attempting to move the player base from its February release to its newest title in November of the same year. But the adjustments in Ultimate were just too good to pass up on an already great game.

Overall redesigns made effects like X-Factor easier to see in the heat of the moment. While still powerful, the parameter increases of X-Factor were slightly toned down as well. A glitch that involved tagging out partners with certain delayed hyper combos to reset the damage scaling, was fixed, and character diversity became better for it. Of course the bread and butter of the updated game was the addition of 12 more characters to the roster: Strider Hiryu, Doctor Strange, Ghost Rider, Hawkeye, Iron Fist, Nova, Rocket Raccoon, Firebrand, Frank West, Nemesis T-Type, Phoenix Wright, and Vergil.

That’s probably a factor as to why UMvC3 hit so many good notes but Street Fighter V and Marvel vs. Capcom: Infinite continuously strikeout: UMvC3 released before an age of the games-as-a-service model. Even if there was the occasional DLC wishlist, UMvC3 was a complete package, with no plans to disturb the ecosystem it created. Street Fighter V is constantly trying to update itself and Marvel vs. Capcom: Infinite poorly planned out its DLC releases. Infinite also had the misfortune of having some of the worst character models of the console generation. Its fighters were ugly as sin and the complete antithesis of what we saw in UMvC3, which presented its characters look like they were just a comic book come to life.

Any player in UMvC3 can create a distinct experience for themselves thanks to the 3-on-3 format. One person might play Wesker using assists for cross-up shenanigans while a different Wesker will use assists for keep-away while using gunshot. Some people may lead with Frank West to level him up quickly while others will use him as an anchor bolstered by X-Factor. This sort of freedom doesn’t really exist in Street Fighter V. Unless you see something truly wacky like Itazan flexing Zangief’s V-Skill 1 into something crazy, it gets old fast. This doesn’t even touch on fishing for Crush Counters and the fact that some characters get Crush Counters all the time and others are lucky to even use their own as a punish.

Half of this post is about how UMvC3 has impacted this past decade while the other half is really about how its absence has impacted this past decade. Dealing with Marvel may be a different beast now with Disney in ownership, but Capcom’s fighting games really haven’t been cutting it in the latter half of the decade. But hopefully, that could all change with just two words in a confident voice on a black screen: Capcom presents…