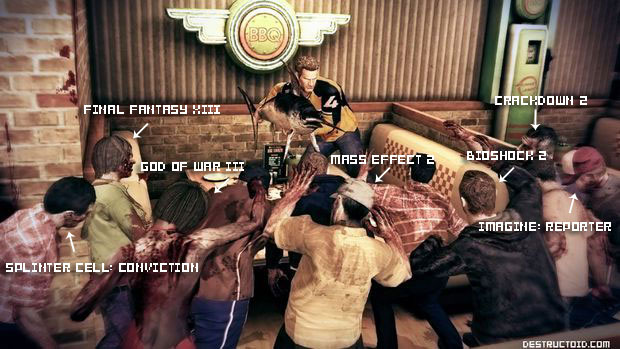 In a financial report released yesterday, Capcom revealed that it has “made the strategic decision to postpone the launch of titles that were scheduled for the 4th quarter of the current fiscal year.” The reason? Capcom says its “rapid changes in the market conditions caused primarily by the 4th quarter introduction by competitors of a large number of new games.”

In English, that means that games like Lost Planet 2 and Monster Hunter Tri for the Wii won’t see their previously-hinted-at early 2010 releases. With Capcom’s fiscal year ending in March of 2010, both titles will see release at some point after April 2010.

As for Dead Rising 2, no one should be surprised that we won’t be seeing it until later in 2010 or even early in 2011. We had a chance to play a small area of the game as well as its multiplayer component, but it certainly didn’t seen anywhere near a final product.

Keep in mind, the word “delay” is used for lack of a better word — Capcom hasn’t really confirmed release dates for any of the titles previously mentioned. When they do, we’ll be sure to let you know.