Sitting down with Capcom’s Rey Jimenez

After a busy day of new announcements, panels, and hands-on demonstrations, Capcom producer Rey Jimenez took the time to sit down with me this past weekend and discuss DuckTales Remastered in more detail.

Jimenez had a lot to say about the game, from difficulty to how the team tried to make the game even more authentic than the original, and most of it did nothing but raise my excitement for it, and potential future Capcom WayForward partnerships. 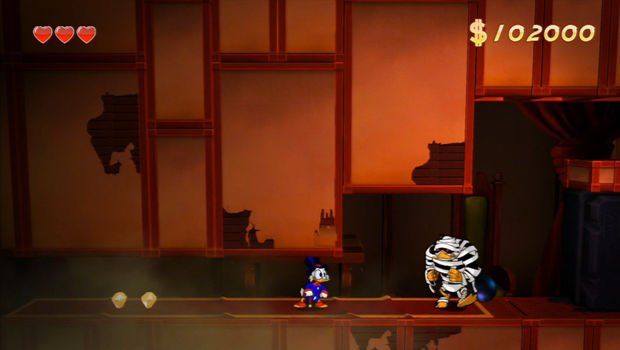 As a mega-fan of the original game, I was extremely excited to get some hands-on time with DuckTales Remastered before the interview, to get a little more context on what it was Capcom was trying to accomplish with this new version. I’ve seen a lot of people question the relevance of this particular release, and why it’s such a big deal.

For starters, barring the success of the original TV show and feature film, the first two DuckTales games for the NES were extremely influential platformers. Many producers, developers, and industry veterans have cited the DuckTales NES games as a clear influence not only in terms of platform game design, but game design in general — some of them have said that they even directly influenced or kickstarted their career.

It was also one of the first licensed games that went above and beyond the call of duty, and is still held to this day as one of the “gold standards” of licensing. With that pedigree to uphold, I immediately asked if WayForward was up to the task.

Jimenez, smiling, engaged me with the following answer: “Disney actually suggested WayForward. In my mind, WayForward was just the perfect match. They handled practically all of the production side like pros. The game has been in development for around a year, and we would love to work with them again,” “retro or otherwise?” I asked, to which he responded “yes, retro or otherwise.” I wasn’t able to get a Mega Man confirmation out of this exchange, but one can hope!

Jimenez talked about how “great the engine is for doing what we needed it to do,” at which point I inquired as to whether or not the engine had been used previously. “Actually, it’s the Mighty Switch Force engine,” he confirmed.

In terms of new content, there will be a tutorial stage that Jimenez said would operate “a la Mega Man X” (which is a great name to drop by the way in terms of tutorial sequences), a money bin hub that fills up depending on your gem progress that you can swim in, a gallery with concept and show art, and the computer hub, that allows you to choose your next mission.

When I asked more about the pool of money to swim in, Jimenez’s eyes lit up, “yeah! That was actually one of the Disney focus groups’ favorite parts of the game! We have brand new animations for that, like diving, spitting coins, and all that.”

Immediately, I had to make sure that the game wouldn’t be streamlined all the way through, and alienate more hardcore fans of the original. The answer I got was extremely satisfying.

We have made a lot of the game easier for new fans. For instance, there’s a new ‘easy pogo’ system where all you have to do is press a button, and the Transylvania level was reworked to make it less confusing. On the easiest difficulty, you’ll have the chance to see the whole map, you’ll get infinite lives, you’ll be able to get the maximum amount of hearts, and easier bosses. We want to try and breadcrumb the player if they feel like the game is too hard. On Hard mode, that’s the closest to the NES version we could get. No hand-holding there. On Extreme though, that’s actually harder than the original. You’ll have less hearts than the NES game and there’s some challenging reworks.

After playing through the Transylvania level, I tried to ask more about how the game would be doing a better job of setting up each stage. For instance, instead of just randomly finding NPC characters lost in a level, there’s actually a narrative now, as you seek out all three newphews in the Castle. Jimenez confirmed that every level would now have more context. 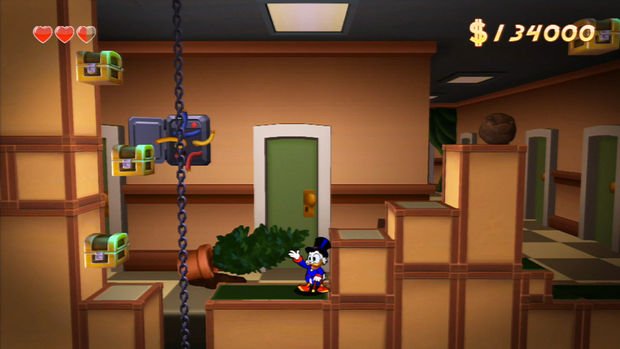 “Yeah actually that was one of the designers favorite parts of the new game, figuring out context. For instance, in the Himalayas level, Webby is a stowaway on Launchpad’s plane, and stuff like that. The moon level was really interesting. You know how the boss was just that giant rat? Well WayForward came up with this whole backstory, like how the aliens abduct and test different animals, and how sometimes they get away. That giant rat is actually an escaped mutated experiment.”

Jimenez also teased the new final stage, which was completely reworked — but for spoiler reasons, I won’t mention any of that here. Jimenez did give me one spoiler free tease however: “Just know that the very last part of the NES game, where you’re climbing up that rope; we made it a lot more fun and interactive. You’ll see!”

As previously stated, most of the original cast of the game will return, as will “official Disney voice actors” to fill in the rest. The original background designer of the show will provide the background work on the game as well, making it even more official than the original DuckTales NES game. “We want to do what we felt the original team could have done if they had the resources, he said.” 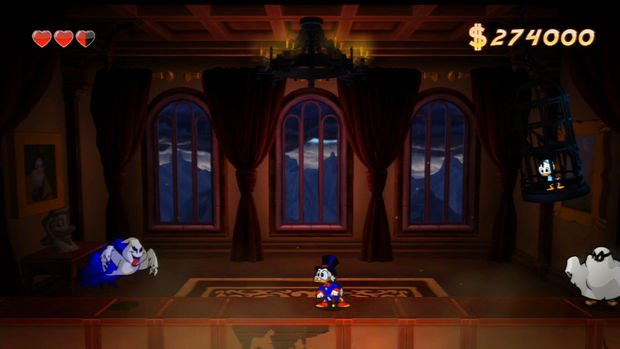 I tried to prod him a little, noting that surprisingly, the two mystery games Capcom announced will be also released on the Wii U, and if Capcom was going to be doing more Wii U oriented releases in the future. “Well, whatever is best for the game. In this particular case, given the history of the series with Nintendo, we felt it was right. The Wii U GamePad in Ducktales Remastered will be used to view the map, and will have full remote play features.”

As you can tell, I’m extremely excited to try out the full version of DuckTales Remastered later this year. With the changes to accommodate both new fans, and the harder difficulties to accommodate retro gamers, I have little doubt right now that the game will do right by either group. Unless something goes terribly wrong, DuckTales Remastered will be a great way to get reacquainted with a piece of gaming history, compliments of WayFoward, Disney, and Capcom.