For weeks now, fans have been toiling away in and outside of the Resident Evil 7 demo hoping to figure out what, if anything, that damned dummy finger does. Based on an image Capcom sent out to Resident Evil ambassadors earlier today, the answer to the mystery seems to be nothing… yet. 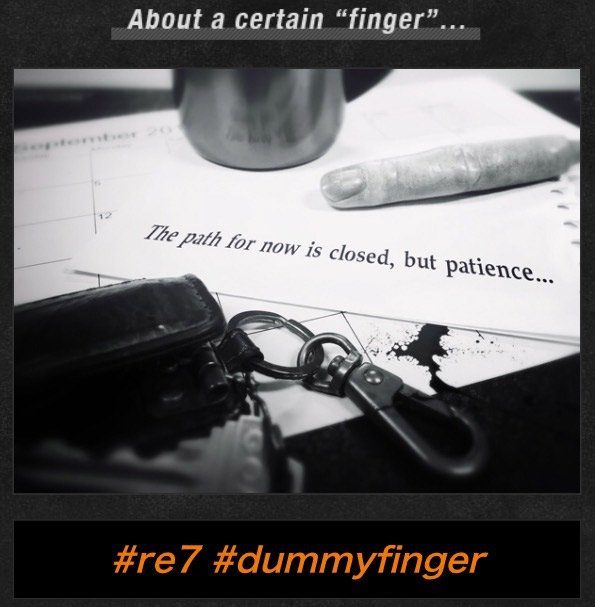 Which is either amusing, mildly annoying, or downright infuriating, depending on how much time you spent searching for clues that seemingly do not exist. But the investigation isn’t over.

People have scoured this image for more potential hints (the blood splatter; the placement of the finger), and the working theory is that more demo content is possibly coming in mid-September, which would make a lot of sense with the Tokyo Game Show happening during that time.

In its email to ambassadors, Capcom also noted that the demo secured more than two million downloads — an impressive figure, given that it has been a PlayStation Plus timed exclusive.