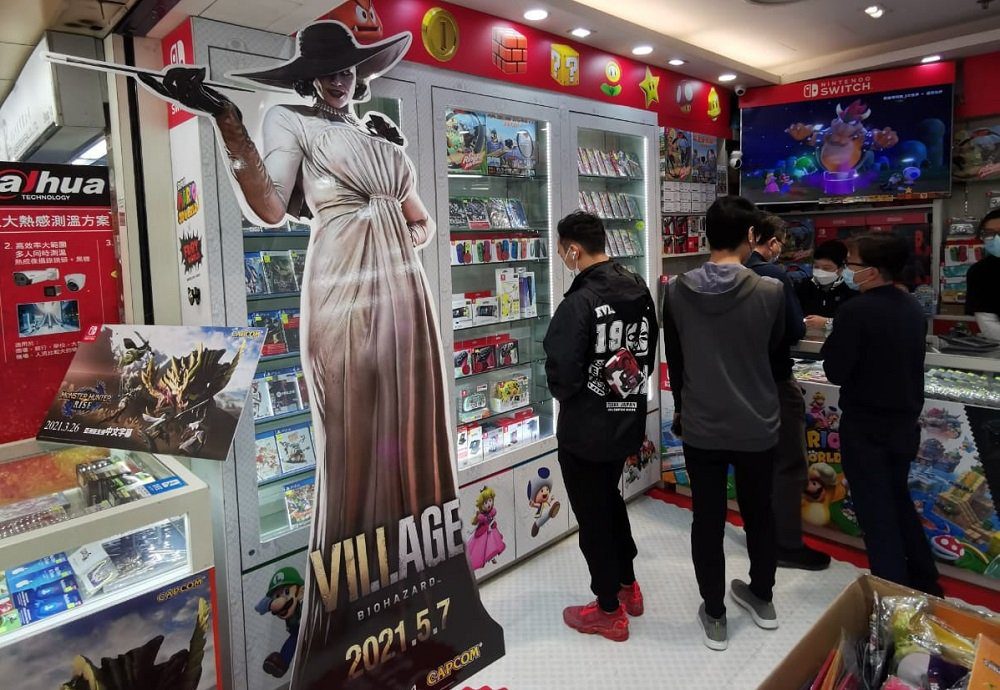 While it took the public a good few months to begin thirsting for Resident Evil Village antagonist Lady Dimitrescu, it has taken publisher Capcom far less time to capitalize on the thirst, speedily pushing the towering bloodsucker to the forefront of the upcoming sequel’s marketing.

Case in point, a selection of cardboard standees of the House of Dimitrescu head have started popping up inside Hong Kong retailers. As spotted by The Gamer, Capcom uploaded a candid shot of Lady D to its Asian Facebook page, showing the 2D beauty as she stands tall over hapless shoppers. The standee is described as “life-sized,” which would make it around nine feet and six inches (or just under three meters).

In my hellish formative decades in gaming retail, customers would clamor for standees such as these all the time – everything from Max Payne and Dead or Alive, to De Blob and WWE Smackdown! But something tells me that these particular standees are set to become incredibly sought-after by the Resident Evil community… or frankly anybody with (or perhaps even without) a pulse. 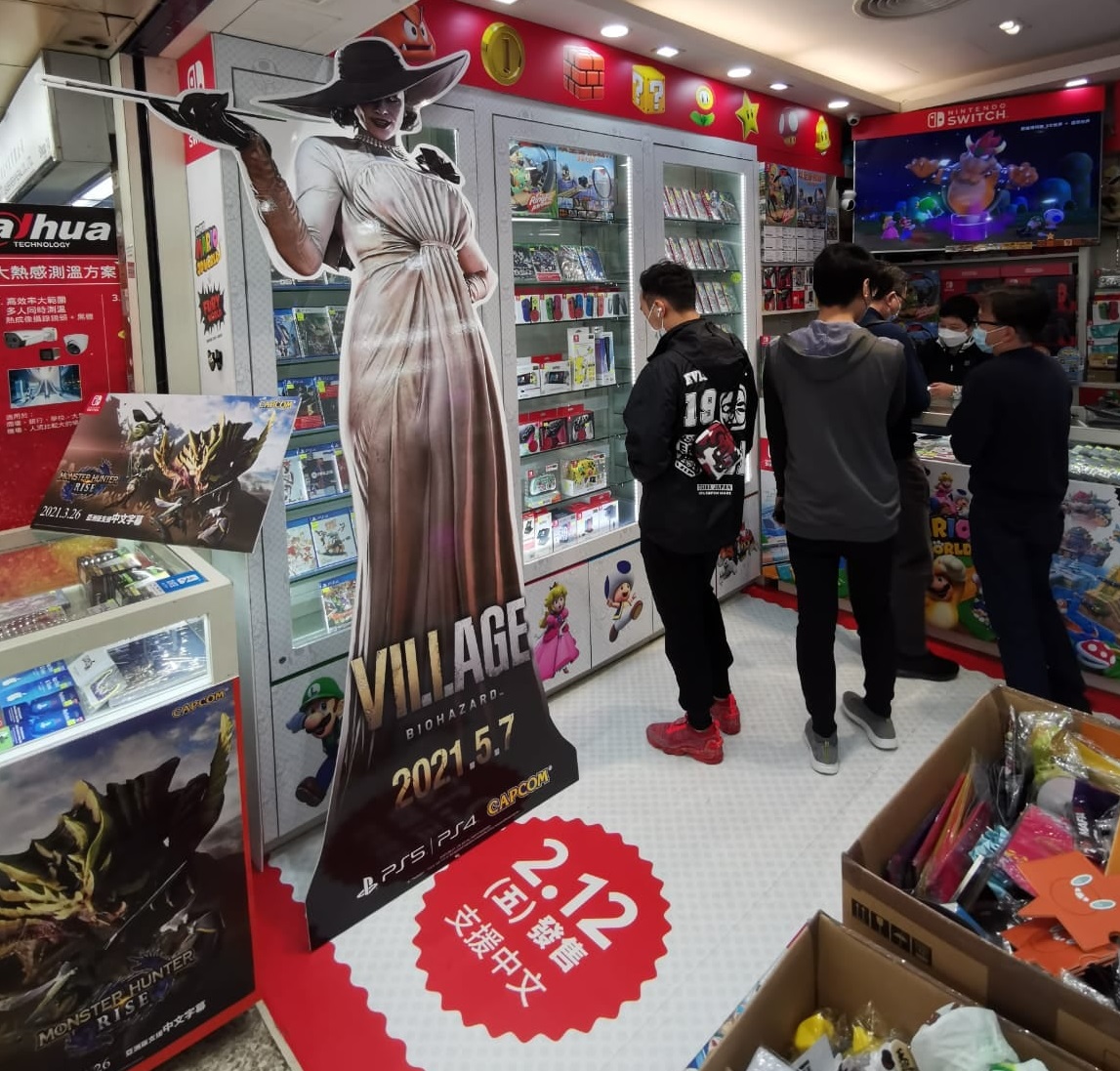