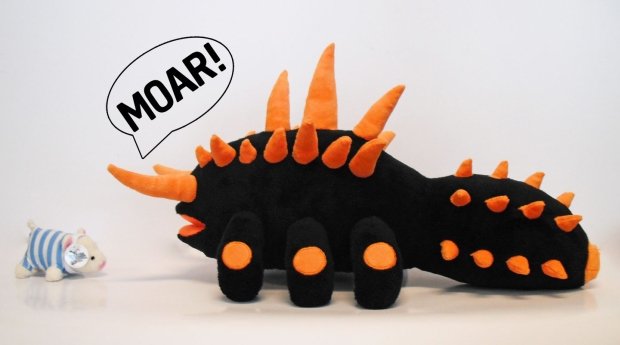 Holy crap! Capcom just keeps on bringing the love to all their fans at San Diego Comic-Con! First, it’s those awesome Resident Evil T-shirts. Then we just heard about the free quests people can get for Monster Hunter Freedom Unite. Now, Capcom is going to be giving away the best swag item ever.

Lost Planet 2 will be playable on the show floor and you’ll be playing through the giant Salamander boss fight that Dale and I played through during E3. You know, the boss that you can go inside of and get sh*tted out of. Fun! Just by playing Lost Planet 2, you’ll be given a raffle ticket where you can win an awesome Salamander boss plush which comes in two sizes. They’ll have 16” plushies and enormous three foot plushies.

If you can’t make it to Comic-Con but really want one of these plushies, just leave a comment on the Capcom-Unity post with what you would name Salamander plush for a chance to win one from home.

Also, seekrits. Ohhhhhhh, secrets. 384 boxes of secrets for Comic-Con. What’s in the boxes, Capcom? WHAT’S IN THE BOXES!?