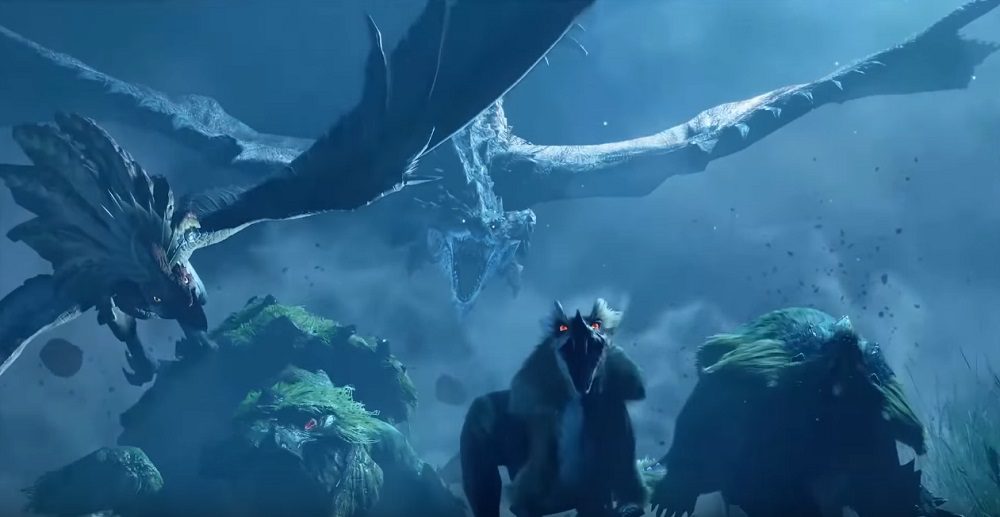 For many Nintendo Switch owners, the upcoming Monster Hunter Rise will be their first foray into the dangerous world of… monster hunting. As such, developer Capcom has some new videos in order to help budding young stalkers find their feet within the fantasy franchise – as opposed to just finding their feet detached from the rest of their body.

The first two videos in the “Hunting 101” series look at the fundamentals of Monster Hunter. The “Overview” video takes a brief look at the hunt in its entirety, from inventory and preparation, to tracking your chosen beasties, to the epic battle itself, one that will ultimately find you the victor, or lunch. The video also looks at the spoils of the battle, and how loot and resources are used to improve your weapons and gear, setting you up for bigger and hardier prey.

The second video, “Rampage,” is a little more specific, focusing entirely on Monster Hunter Rise‘s brand new, similarly titled quest type. A masterclass in teamwork, preparation, planning, and adaptation, The Rampage will see you face off against waves of monsters, attacking in droves to lay waste to your fortress and its denizens.

Repel the enemy with deterrents such as cannons and ballistas, while getting up-close-and-personal with the beasties that breach the fortress walls. You’ll only have short respite periods between each wave, so use them wisely to rebuild your defenses and prepare for the next attack. Watch out for the Apex Monsters, the most powerful creatures capable of causing incredible damage to your fortress in no time.

Whether a newcomer or a battle-weary pro, it looks like Monster Hunter Rise is set to feature the world exploration, inventory management, and tactical action that has helped the franchise become such a mega-hit over the past two decades. With a major Monster Hunter release available on every major platform, and Capcom behind the franchise like never before, there’s never been a better time for new players to join the hunt.

Monster Hunter Rise launches on Nintendo Switch on March 26. It will arrive on PC in 2022.