Another character is coming after Jill arrives in April

I can’t help but wonder how long Capcom will support Resident Evil Resistance if most Resident Evil 3 players just aren’t feeling it. Less confined maps, more responsiveness, and an alternate objective or two could go a long way. The other night, I was scrolling through the (shockingly long and in-depth) trophy list and tried to imagine who will be out there playing this multiplayer pack-in past April.

Capcom posted a roadmap for Resident Evil Resistance today, and while it’s light on specifics, the plan does indicate that there will be content updates until July 2020 at the very least. That’s reassuring. 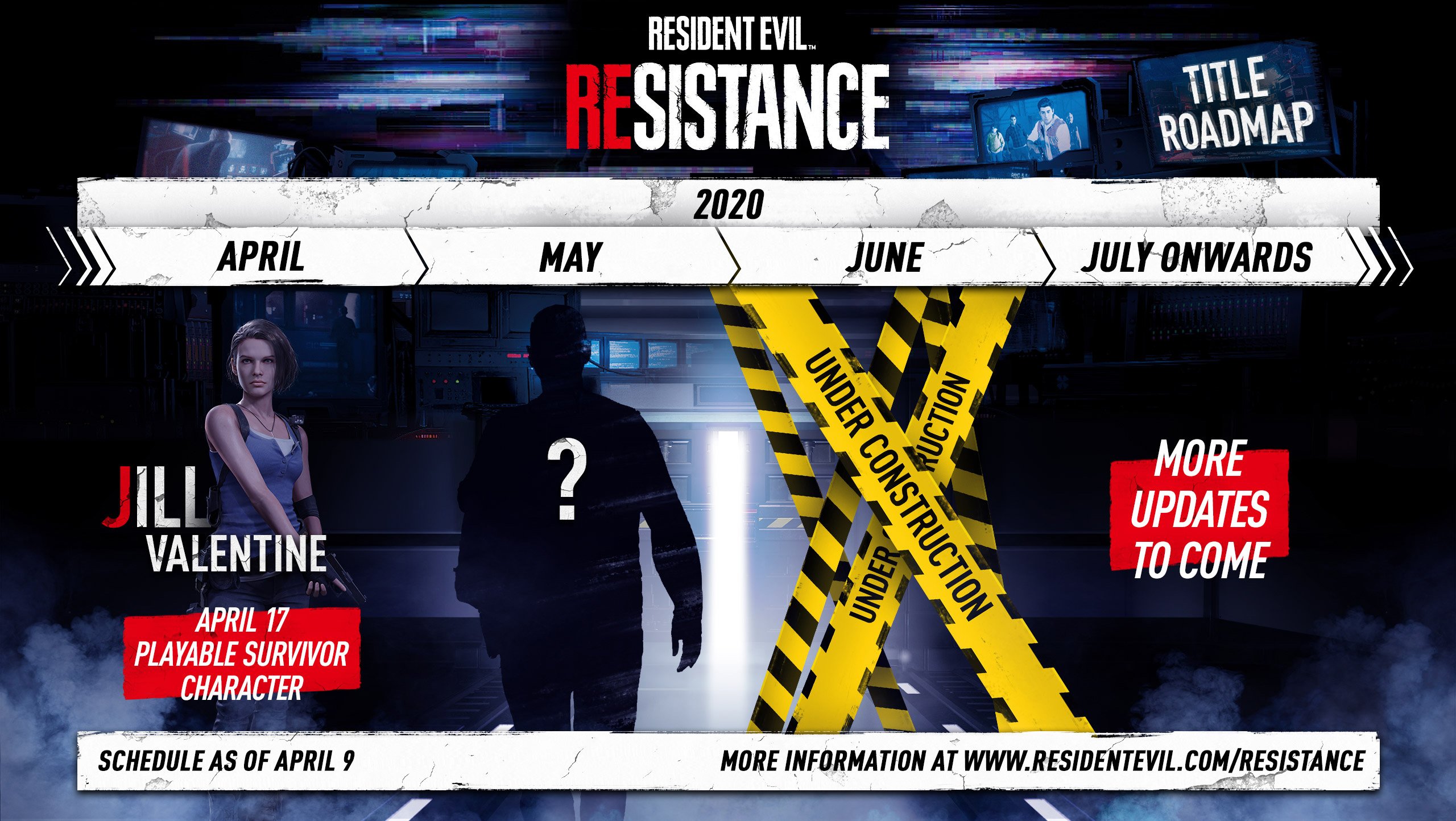 Jill Valentine is up first as a new arrival on April 17, as previously announced, and Resistance will get another character – hopefully Tyrell, or Nicholai as a mastermind – in May 2020. The June update is “under construction,” which implies something more substantial than a roster addition, but we’ll see.

Resistance is disappointing as its own thing and as the “extra” for the main game, but the more I play Resident Evil 3, the more I dig it. The game holds up even better on harder difficulties. I’m about halfway through Inferno and it’s nerve-wracking as hell, even with all of the ridiculous shop unlockables. I’d gladly pay for DLC focused on Carlos, Nikolai, or anything that gives us more story morsels, really.

As for Jill in Resistance, it’s going to be a race to see who can select her first. She’s the best.