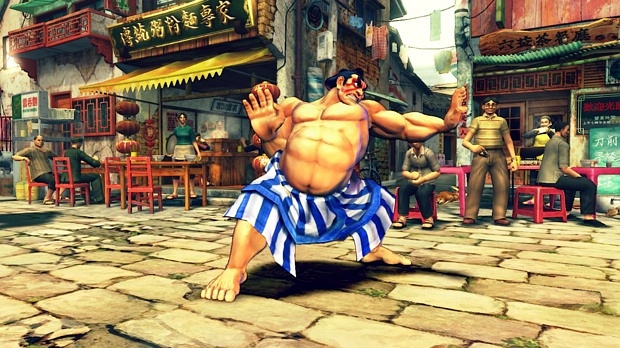 Get ready to earn some virtual cash, Ken lovers. Capcom’s first major Street Fighter IV update, the beefy “Championship Mode” patch thingy, is coming soon. As in April 24, soon. If you’re excited, but haven’t the slightest idea what Championship Mode is, don’t worry. Capcom’s community manager, Seth Killian, recently tossed out some details of what the new mode is all about over at Capcom’s community blog earlier yesterday.

Championship Mode, as we’ve always known, adds two things: a tournament structure and the ability to watch replays of matches. What we didn’t know until today is how exactly how those two things would work. Now, we have an idea.

There will be five different tournament tiers available, each one requiring a certain amount of GP to enter. The base tier requires zero GP. Tournaments are single elimination and bracketed based on player skill as well. You also won’t have to wait around for matches — it’ll use the same request functionality you may already be familiar (and slightly annoyed) with. Regardless if you win or lose — unless you’re in the big boy tournaments — you’ll earn Championship Points. These bad boys act as prize money and really only as a token number to show your fighting superiority.

As for the replay stuff, it’s what you would imagine. Footage is pulled from tournament matches and players are given the option of uploading their footage. The game collects the top 5000 player’s videos and spits them out for your consumption. If you’re on PlayStation Network, you can vote for videos. If you’re on LIVE, you can save them but not rate them.

The “Championship Mode” patch/update is free and it’s sounding pretty hot. I can’t wait to thump you all. Hit the break for a mini-press release about all of this and check out Killian’s post for the full details.

Capcom is bringing new options to Street Fighter IV with an eye towards serious players. Street Fighter IV’s Championship Mode update expands on the fighting fun by offering players the chance to compete in tournaments and to watch replays of the best tournament matches. Best of all: it comes to you at no cost! The Championship Mode update will be available for both PS3 and Xbox 360 owners on Friday, April 24 (times TBD).

Championship Mode offers you the chance to compete in 5 different grades of tournaments, creating the right challenge for players of every skill level. You’ll score Grade Points (GP) for tournament wins, and as your GP total grows, you’ll become eligible to enter into more exclusive tournaments. Winning tournaments will also net you Championship Points (CP). CP are like “prize money” up for grabs in the tournament. The higher the GP skill of the players in a particular tournament, the bigger the CP prize!

On the PlayStation Network, you can rate matches while you watch according to characteristics such as “awesome” or “funny.” Replays are then ranked based on these vote ratings.

On Xbox Live, instead of rating the matches, you can choose to download and save your favorite replays to study the players’ techniques. You’ll also be able to turn on the input commands from both players to be able to review their button and joystick motions in precise detail.