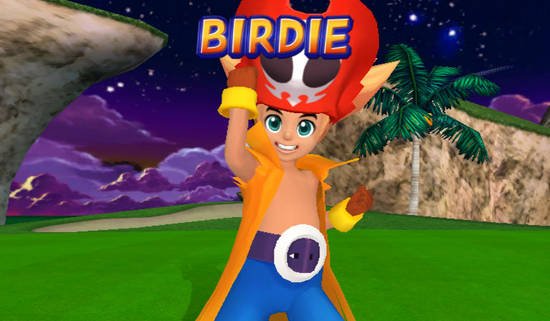 The lovely Tron Knotts brought word last month of Capcom letting the community pick the two new outfits that would appear in We Love Golf for the Wii. These two new costumes will be for the two new exclusive characters that have been added for the North American release of We Love Golf. The choices were between Morrigan, Cammy, Rouge (from Power Stone), Roll Caskett (Mega Man Legends), Ashley Graham (RE 4), Frank West (Dead Rising), Balrog, Guy (Final Fight), Ken, Dhalsim and Captain Commando.

The votes have been tallied up and the two new costumes will be Morrigan from the Dark Stalkers series for the new female character and Ken from Street Fighter for the new male character. I like that Morrigan was the winner, but my first choice would have been Cammy. Although, I have to wonder if Camelot, Nintendo or Capcom would have allowed for some cutsie ass cheeks to be shown off in the game. As far as the guys go, Frank West should have won. He’s covered wars, you know.

Capcom is giving the American audience a lot of loving here. I Love Golf is going to be the first third party Wii Golf title to play on Nintendo’s online service. Not only that, but it’s also going to be the first Wii third party title to actually allow players to use their own Miis as Golfers. Wow, Nintendo not being so up tight about their property for once? Amazing.

No pictures of Morrigan or Ken yet, but we should be seeing something pretty soon. For now, just go imagine a super anime version of Morrigan and Ken holding Golf clubs and check out the gallery for some new screens of We Love Golf.