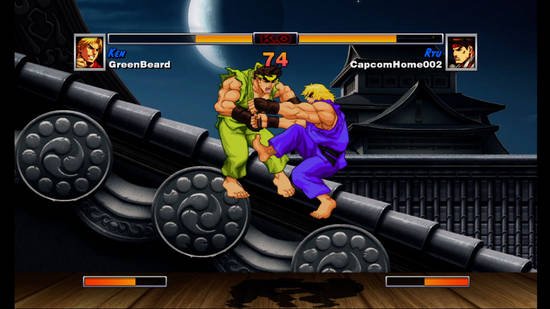 Super Street Fighter II Turbo HD Remix is f*cking beautiful. The high-definition, 1080p artwork by Udon Entertainment is so damn sexy. Everything from the character art to the level design that Udon Entertainment has done is magnificent. Screenshots and Internet-based videos just don’t do this game justice. You have to play it to really understand what I’m talking about. Thanks to the upcoming Commandos 3 game, you’ll get the chance to see this soon enough.

Shoryuken the jump find out how the gameplay is, what new modes are being introduced, and what in the hell the new fake Hadouken attack is all about. 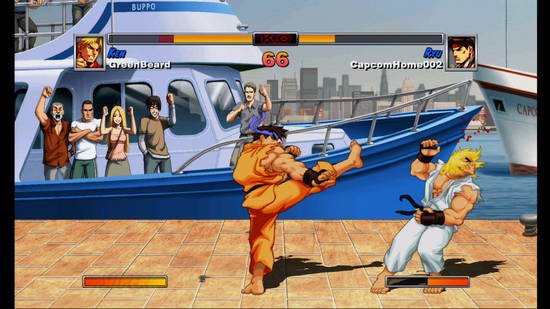 Purists, you don’t have to worry about a thing. Super Street Fighter II Turbo HD Remix has maintained the original game code and HD Remix is more or less a pretty facelift. The game plays as how you would remember it, just so much sexier looking.

As far as the characters go, all sixteen of the original Street Fighter II Turbo characters make their return, plus the addition of Akuma. Sadly, only Ken and Ryu were playable at this event. A lot of the character art still hasn’t been revealed for most of the characters, but we can at least provide you with a glimpse of all the selectable characters (minus Akuma) in the gallery below. Thanks to topgeargorilla for snagging the photos of the character selection menu.

There were five levels that were being shown off as well. The stages were HD remakes of Feilong’s, Guile’s, Blanka’s, Ryu’s and Vega’s stages. I don’t know why, but I really got a kick out of the background character movements. Just like in the original games, all of the background characters in the levels only have, like, three different positions they can move in. I found it really funny that they left this intact, just like in the original. 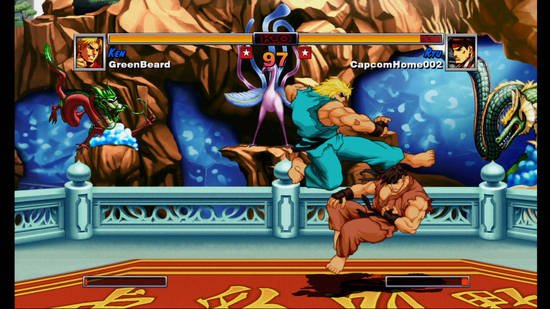 Training mode has also been added to the game. Obviously, training mode is where you train yourself. Hey, it’s always good to get a refresher course. Plus, you can figure out how to do Ryu’s new fake Hadouken attack here at least. Yes, Ryu has a new “attack”, alright. What’s the purpose of this new attack? My best guess would be that this is to trick opponents and give Ryu a chance to launch a sneak attack. Ryu still does the same motions as a Hadouken, but no fireball comes out of his hands.

Of course, you can always just “train” against your friends. HD Remix will offer local and online multiplayer. Thanks to the new improved network code, people should expect the best possible online experience. In-game voice chatting will of course be in the game but might be embarrassing for players like me as I tend to actually yell out the special I just used. There will also be lots of options for matchmaking, so players should be able to find the specific fight they’re looking for.

Your records and statistics will also be tracked for your personal use and for anyone to take a peek at. There will be worldwide rankings and leaderboards based on characters. Wins, losses, best combos, and a ton of other statistics will be tracked here. Players will also be able to watch other people play in the Quarter Match Mode. Up to four people can use a virtual quarter to buy into a game taking place between two fighters. 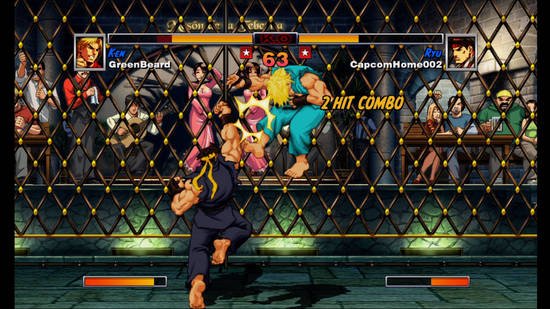 Capcom is giving the option for players to switch between widescreen and the classic 4:3 mode for all the purists out there. Players can also choose to listen between the original Turbo music or go with the newly remixed songs they’ve picked up for Remix. On top of ALL of that, players can choose to use the original 2D sprites from the original game or stick with the HD Remix versions of the characters. Capcom really really really loves their community.