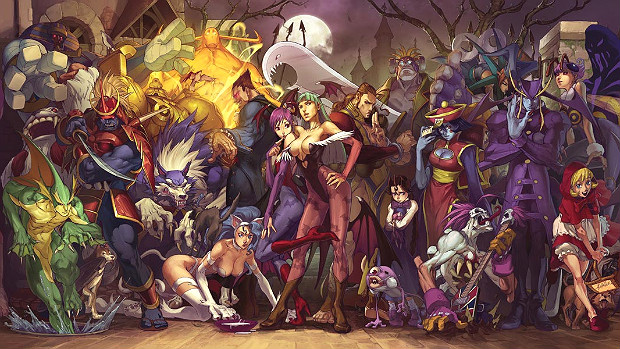 Another day, another game outed by the ESRB and later confirmed by publishers. This time, it’s Capcom community manager Brett Elston confirming that Darkstalkers: The Night Warriors is headed to the PlayStation Network, with a provisional release date of November 29.

The Night Warriors — not to be confused with Darkstalkers Chronicles: The Chaos Tower, which was added to PSN two years ago — was released in the arcade in 1994 and was ported to the PlayStation in 1996.

Elston mentions that Darkstalkers influenced many of Capcom’s future fighting games. I’m no historian, and he may be right, but The Night Warrior‘s most important contribution may be that Hsien-Ko passed her disproportionately floppy hands to Chun-Li.

This is normally where I lament our culture’s obsession with nostalgia and the games industry’s willingness to re-purpose and re-package old stuff, but I’m not going to complain about another chance to watch horror-movie B-listers duke it out in beautifully drawn and animated fashion.