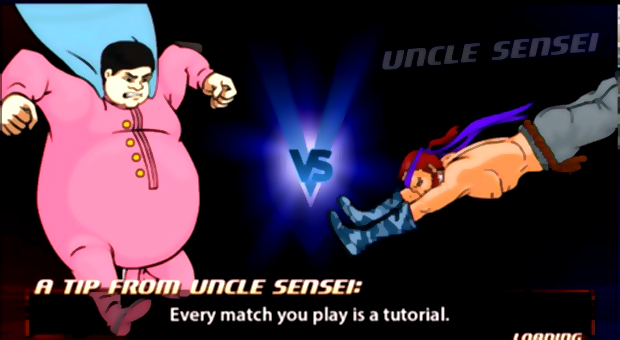 Evo competitor and creator of Divekick! tells all

Last week’s Sup Holmes (now on iTunes) had multiple tiers. Adam “Keits” Heart (creator of Divekick!) has been a champion level fighting game player for years, though as I got to know him, it felt more like mastering fighters was just an outward expression of his underlying love of the science of design. It seems that he loves taking systems apart and discovering how to optimize them for the purpose of capturing the hearts and minds of the people. That’s what he does when beating up pals in the virtual fight club, and that’s what he does in game design.

We hit a lot of points on the way to that conclusion, like the factors that helped Street Fighter IV to bring 2D fighters back to the forefront, why the genre is starting to die out yet again, what the FGC is really all about, the joys and perils of making a two button fighting game, new Divekick! features like “Choke Detection”, and a lot more. My favorite moment was was probably when we came up with a new metaphor for fighting games to replace the old “chess” comparison. I can’t remember what it was, but I’m sure it was genius.

Thanks again to Keits for joining us on the show. If you want to see more of him and Divekick!, check out Iron Galaxy’s weekly live stream where he’ll be revealing new fighters (like the recently unleashed stance character Uncle Sensei) and other fun stuff. As for this old show, we’ll be welcoming Tomm Hulett (Persona, Contra, Silent Hill) to the program this Sunday at 1pm PST/4pm EST. It’s going to be pretty darn good.