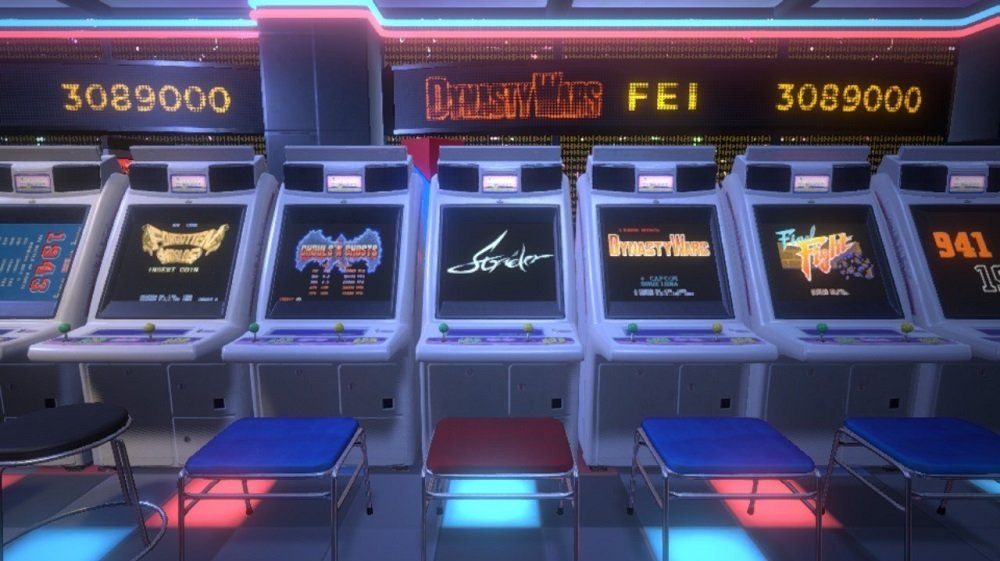 Capcom has announced that its retro-infused celebration of its formative years, Capcom Arcade Stadium, will be bringing its catalog of classics to the PS4, PC, and Xbox One platforms on May 25, following on from its release on Nintendo Switch back in February.

Capcom Arcade Stadium collates 32 old-school arcades in one handy package. Players can purchase games in packs of 10, or receive the whole collection for a discounted price of $39.99. The arcades on offer run the gauntlet of shmups, fighting games, brawlers, and platform adventures – featuring iconic brands such as Street Fighter II, Strider, 1941, Ghouls ‘n’ Ghosts, Final Fight, Commando, Progear, and many, many more.

Replicated in their original arcade ROM format, every title on Capcom Arcade Stadium benefits from a selection of user-defined options including screen filters, save states, a rewind function, ROM speed toggle, DIP switch settings, and local multiplayer action. Additionally, where applicable, games can be played in their Japanese or International ROM forms. Capcom will roll out limited-time challenges and contests on a rotational basis. and further titles are expected to launch as future DLC.

Capcom Arcade Stadium is available now on Nintendo Switch and will launch on PS4, PC, and Xbox One on May 25. You can check out our review of the Switch edition right here.