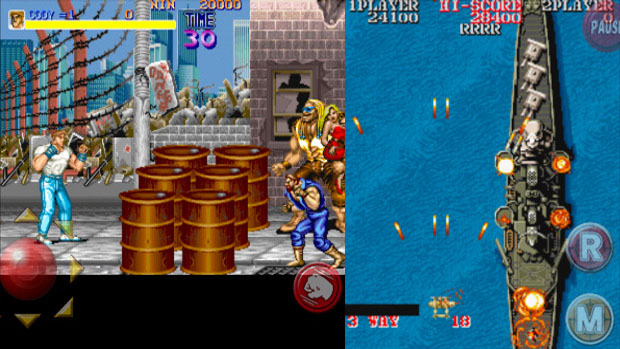 Capcom Arcade, the free iOS app that lets you buy full classic games or tokens to play them (you get 3 play tokens for free each day), now has Final Fight and 1943 available.

According to Touch Arcade, the two new additions control pretty well on iDevices and seem to be faithful recreations of the arcade classic. Even better, you can get every full game for $0.99 until April 7th.

The rest of the lineup of Capcom Arcade titles are Street Fighter II, Street Fighter II’ Champion Edition, Ghouls ‘n Ghosts, Ghouls ‘n Goblins, 1942, and Commando. For $0.99, having Final Fight in your pocket sounds like a good deal, but for the same price you could probably find better shmups than the classic version of 1943.