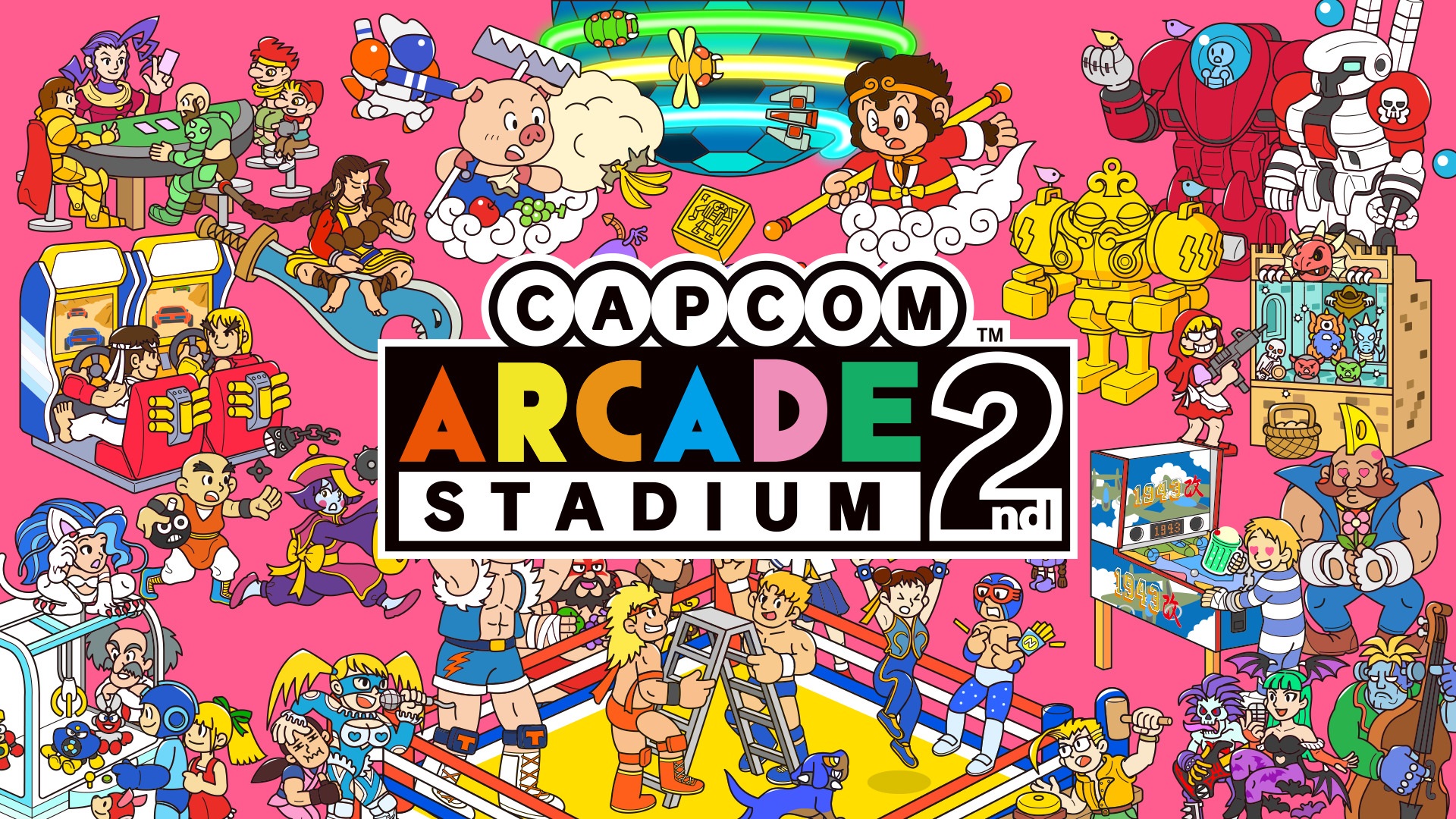 During yesterday’s Summer Game Fest 2022 live stream, publisher Capcom dropped a trailer for its clumsily titled retro compilation Capcom Arcade 2nd Stadium. The short clip gave us a flashy montage of visual and audio elements pulled from a list of 32 classic arcade hits headed to PC and consoles in July.

Among the famous brands featured in the new collection are gothic fighter Darkstalkers, ring-rocker Muscle Bomber/Saturday Night Slam Masters, action-platformers Mega Man and SonSon, and frantic shmups Hyper Dyne Side Arms, 1943 Kai, and Exed Exes. As with the original Capcom Arcade Stadium, players can choose to purchase titles in individual bundles, or can bag themselves the entire collection for a localized price of $39.99. Additionally, pre-order customers will receive a “Display Frame” DLC drop, which includes new in-game customization options.

It’s a great list of titles, even if it is Street Fighter-heavy once again. Of course, there is no sign of licensed releases such as The Punisher, Alien vs. Predator, or Cadillacs and Dinosaurs. At this point, it is very much a pipe dream to keep wishing for them, but it’s difficult not to keep the faith, they’re just such obvious omissions. I’m also hoping (against hope) that those who own the original Capcom Arcade Stadium can simply integrate the new games into the original dashboard, but this seems unlikely.

You can check out the full list of releases below. Capcom Arcade 2nd Stadium launches July 22 on PS4, PC, Xbox, and Nintendo Switch.