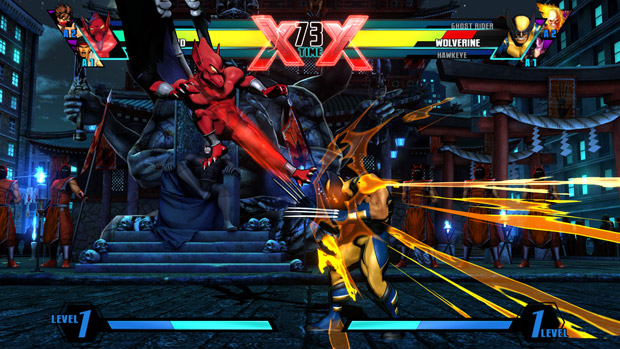 Later this year, Capcom will be updating another one of its popular fighting games with a new retail release. Ultimate Marvel vs. Capcom 3 is going to offer twelve more characters, eight additional stages, re-balanced gameplay, and Spectator mode in November for $39.99 on PlayStation 3 and Xbox 360.

The new combatants shown today are Firebrand, Strider, Ghost Rider, and Hawkeye. (Eff yeah, Strider!) We have the latest screenshots, character art, and even the box art included in the gallery below. Look for video footage of these new characters to go up later today.