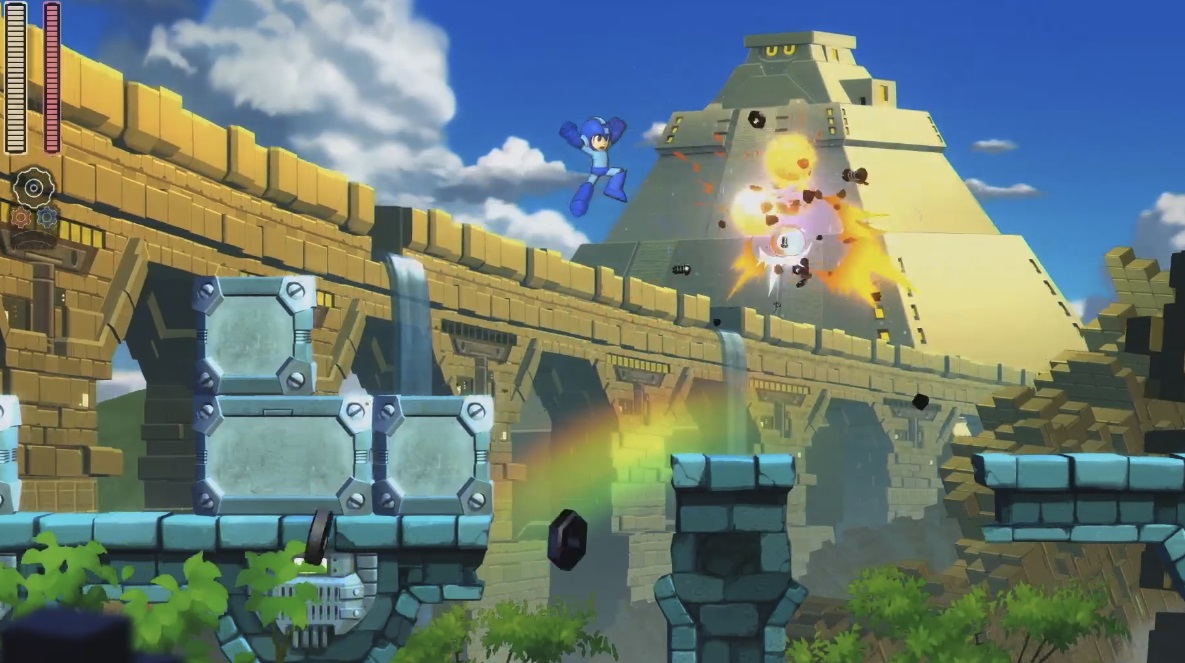 Here’s a look at the style

After dropping the news that Mega Man X1-8 was coming to all major platforms (including Switch), Capcom showed off a vignette that reminded us of Mega Man’s past, stating that it would give us a clue as to where his “future” would go. Future merch? No, a new game!

Like the X Collection it’s coming to PC, PS4, Xbox One, and Nintendo Switch. It’s slated for late 2018, and “more info” will be given out next summer. The only real detail we have now is that Mega Man’s armor will change with the equipped weapon — a thing I really dig as it’s kind of like a combination of the X series armor upgrades and the original mainline series sensibility.

Beat, Eddie, Rush, Roll, and many other classic enemies like Sniper Joe are also confirmed to return — plus, given his resemblance to one of the new weapon types, this Easter egg at the end of the stream could be a Robot Master confirmation. Guts, Stone, Hard, Ground, and Concrete are all taken with that motif (as is Rock, obviously)…so maybe he’s Boulder/Brick Man?

Well I’ll be, this outdoes the “Mega Man Killer” Mighty No. 9 visually, and I have to give it to Capcom — the one two punch of the proven X series and the intrigue of the first new Mega Man game since 2010 made this stream worth watching.