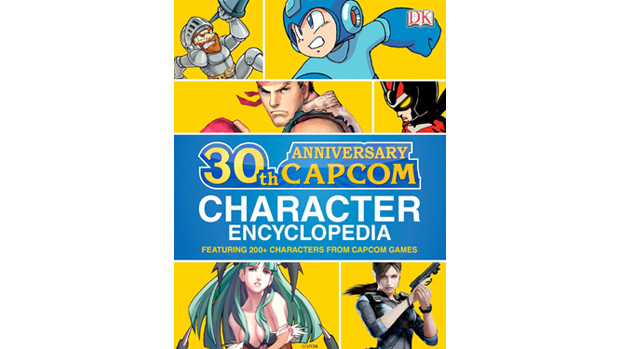 Though I’m not too crazy about a lot of what Capcom has been doing lately — boy, that’s an understatement — it nonetheless holds a special place in my heart as the first gaming company I truly admired. Games like Mega Man, DuckTales, Chip ‘n’ Dale, Little Nemo, Forgotten Worlds, and Strider struck a major chord with me; for the longest time, I had aspirations of working at the Capcom USA branch.

On June 11, 2013, the Osaka software house turns 30, and to honor the occasion, strategy guide maker BradyGames is publishing the Capcom 30th Anniversary Character Encyclopedia. This 208-page hardcover tome will provide artwork and fun facts for over 200 major Capcom characters straight out of everything from Ghosts ‘n Goblins to Viewtiful Joe.

Unfortunately, the book won’t be out until October 21, but you can pre-order it on Amazon for $12.65 down from $16.99. For a game company I’ve formed such a connection with, you know I’ll be picking this up day and date!