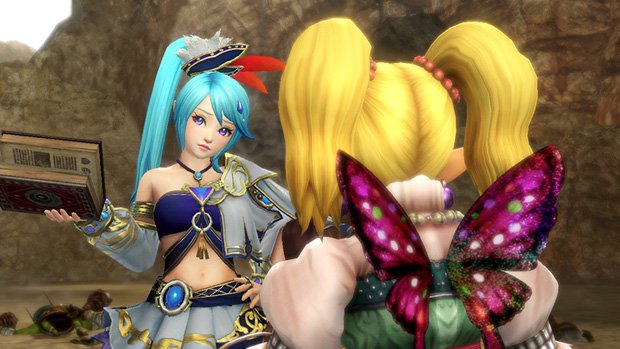 This is one of those games that’s just plain fun to look at, wouldn’t you say?

The Japanese Hyrule Warriors website has been updated with loads of new screenshots, and a look at (premium) alternate costumes for Zelda and Link in the style of Twilight Princess.

In fact, there’s a whole lot of Twilight Princess going on in this update: Agitha, Zant, Midna — the list goes on. If Lana, the cyan-haired sorceress pictured above doesn’t look familiar, that’s because she’s an original character for Hyrule Warriors. Can’t wait to see what else is in store.