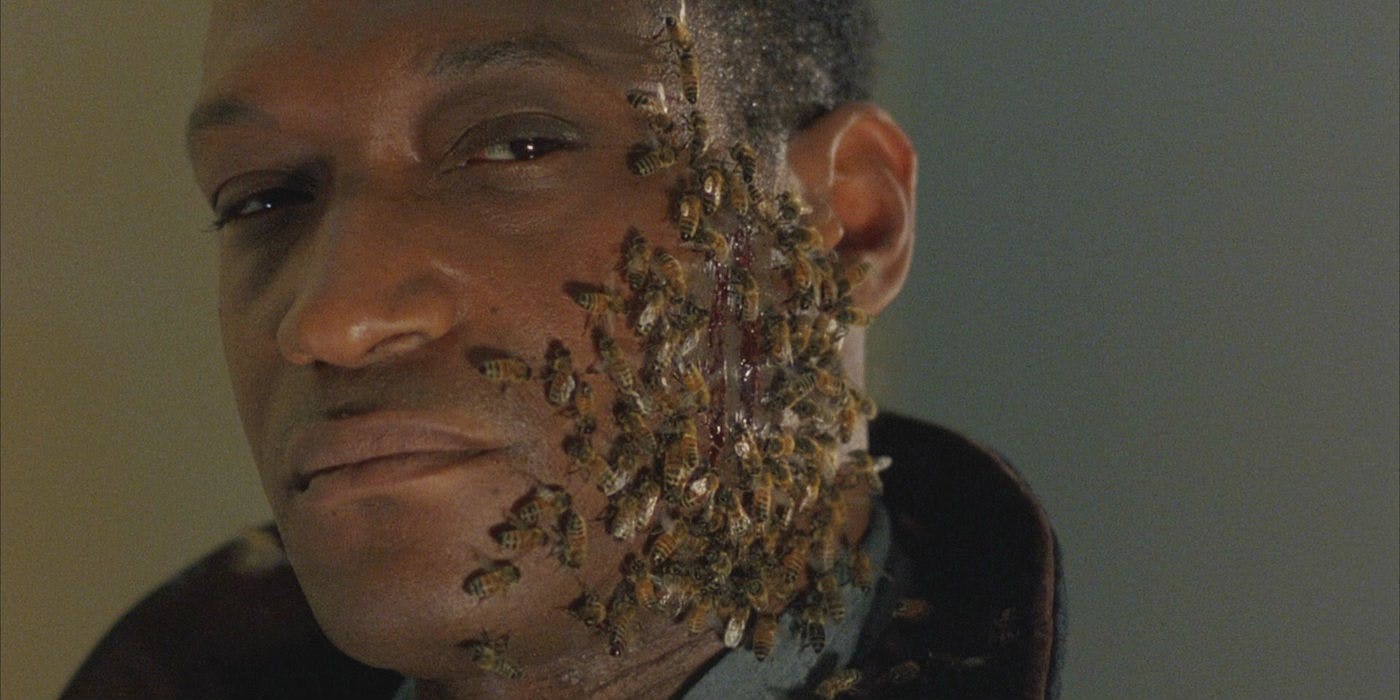 Never got up the nerve to say it in a mirror

Remember Candyman? He’s back! In Pog form! No, actually, movie form, though some sweet Candyman Pogs would totally round out my collection of super dated things.

As previous rumors stated MGM has partnered with Monkeypaw Production’s Jordan Peele and Win Rosenfeld to bring the 90s horror icon back to life. The deal will see up-and-coming director Nia DaCosta take the director’s chair for the film, as she jumps straight into horror from her drama film debut of Little Woods.

With Peele and Rosenfeld writing the screenplay this “spiritual sequel” (I threw up a little in my mouth writing that) will return to the Cabrini-Green housing project where the first film took place. The difference being is that the neighborhood has now been gentrified. Considering that fact, Peele’s horror movie history, and the racial underpinnings of the original film it’s pretty clear the studio is going for something a bit more challenging than your average slasher.

I mean this is pretty exciting. Horror movies are having quite the moment to shine the past couple of years, with films challenging expectations and tackling actual fear. DaCosta just won some major props at Tribeca with her first film and Peele is Peele. Even with all that dramatic power behind it, though, I’m kind of hoping that the new Candyman takes it a little old school with more blood and guts.

No release date has been set.

Filed under... #Film or TV#Flixist#Horror#Reboot#sequel