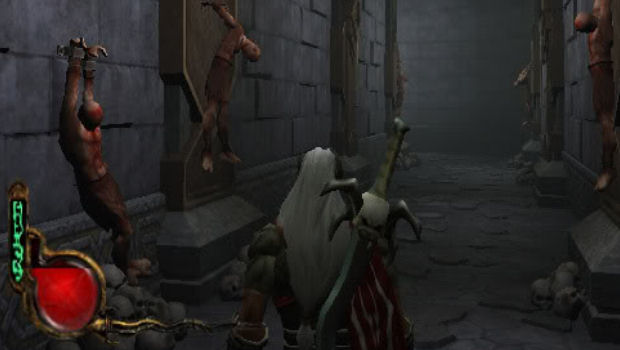 A NeoGAF user has painstakingly pieced together details of the canceled Legacy of Kain game, The Dark Prophecy. The game was being developed in 2004 by Eidos and Ritual Entertainment, but fell victim to the axe before it could be completed. Now a huge amount of information has been recovered.

It would seem that The Dark Prophecy‘s story was due to center around two different time periods, one featuring a tyrannical Kain from the past, one featuring the modern day Kain. The vampire would also regain his transformation power, as first seen in the original Legacy of Kain. The Dire Wolf form would return, along with a Dire White Wolf and a monstrous “beast” form.

A ludicrous amount of art and screens have also been posted, which you can check out below. It looks like it could have been a pretty cool game, and speaking as a fan of the Kain character, I’m sad this wasn’t finished. Ah well, maybe Kain will rear his ugly head again someday.