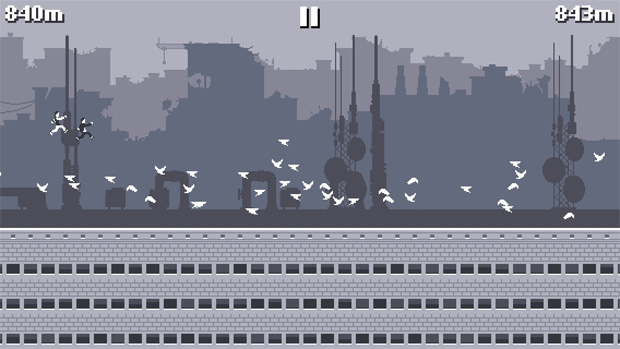 For the most part, I’m over endless runners, but I’ll always have Canabalt. It hit at the right time and holds up well. Matter of fact, it’s gotten even better with age: there’s a free new update for the iOS version, out now, that adds multiplayer, eight game modes, and bug fixes.

For an added challenge, you can control both characters in multiplayer by yourself.

Should you not already own the game, it’s on sale for $0.99 through Sunday.