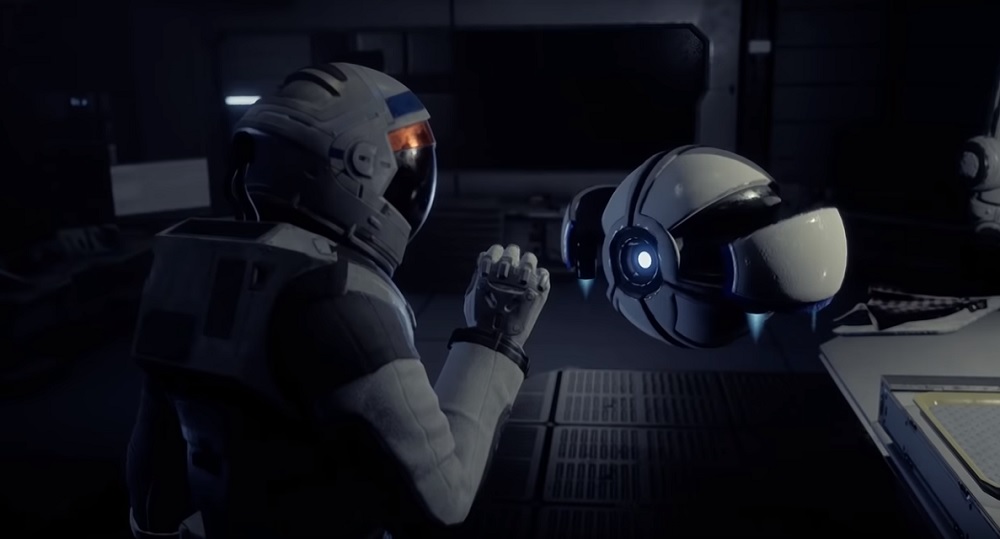 With planet Earth’s resources mostly depleted, and an energy crisis that has reached terminal velocity, the newly-formed World Space Agency begins colonization of the moon, harvesting of it Helium-3 reserves, a source that will offer the Earth the power it needs to sustain its burgeoning population.

Unfortunately, communication with the established colony has suddenly ceased, resulting in a mass shortage of energy on our planet. The World Space Agency eventually comes together to launch a single astronaut on a recon and rescue mission. In Deliver Us the Moon, players will guide that lone figure on a voyage to reach the moon, establish contact with the colony and, hopefully, restore the power to Earth before its dies out completely. Frankly, it kind of sounds like we screwed up, and that we probably don’t deserve another chance.

As you can see from the trailer, Deliver Us the Moon, from indie outfit KrokeN Interactive promises immersive-but-dangerous environments, abandoned space stations, and the many hazards of interplanetary travel. Partnered with a lone A.I. droid, players must negotiate the vastness of space, uncover the mystery behind the radio silence and, ultimately, save humanity from global extinction.

Deliver Us the Moon has previously been announced for PC, with its preamble, Fortuna, available to purchase now on Steam. The full edition of the game, which includes the second act, Tombaugh, will be released later this year on PS4, PC and Xbox One.