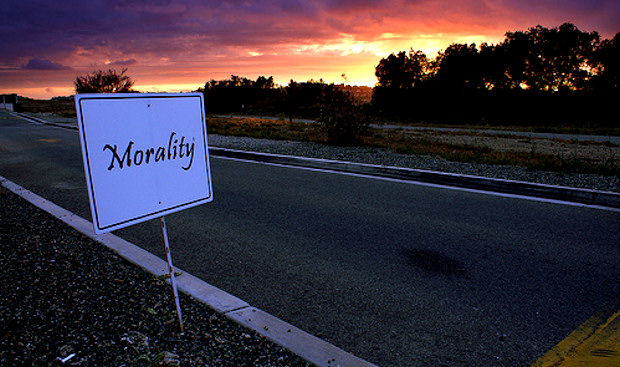 Fable II, Fallout 3 and even Grand Theft Auto IV have toyed with the idea of moral choices and branching paths that have an affect on the game world. It would seem, however, that nobody thought to claim sole rights to the idea, and if this patent application is approved, future games may owe Elliot McGucken a hefty stipend.

McGucken has filed a patent for a “system and method for creating exalted videogames and virtual realities wherein ideas have consequences.” The patent includes all manner of ridiculous flowcharts providing examples of McGucken’s idea. Perhaps my favorite list of potential consequences is this one:

Uuuhhh … yeah. The patent pertains to something a bit more complex than what videogames have shown before (“exalted subtleties of mythology” is actually said in the patent, giving you a clue as to how artsy fartsy it is) but the principal appears to be nothing new. Furthermore, will this guy actually do something with his “invention,” or will will he just sit on it and hope to make money when somebody does?

Sounds like this guy could be another patent troll, which means that if this patent passes, you can expect to hear of it again five years from now when someone actually provides gaming with a complex moral choice system. Bloody patents are the bane of all creativity.

Filed under... #How many wolves have to die?#MYSTERY!